How to help someone who is suicidal : Cops use Facebook to talk man out of suicide 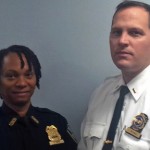 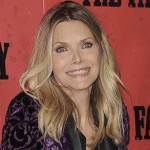 Michelle Pfeiffer is in fantastic shape at 55, thanks to a vegan diet and cardio workouts. Pfeiffer, who runs four to six miles a day on the treadmill, recently switched to a vegan diet as part of a program to improve her overall health. Pfeiffer says reading the book “Prevent and Reverse Heart Disease” and seeing former president Bill Clinton ... END_OF_DOCUMENT_TOKEN_TO_BE_REPLACED 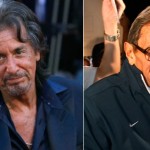 The film that will tell the story of the late Penn State football coach Joe Paterno is beginning to take shape. Al Pacino is attached to play Paterno in the biopic tentatively titled “Happy Valley,” and Brian De Palma will direct. Pacino and De Palma have quite a bit of history together, having teamed up for 1993’s “Carlito’s Way” and ... END_OF_DOCUMENT_TOKEN_TO_BE_REPLACED 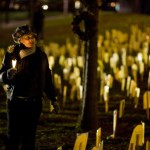 Members of the community gathered at Memorial University’s Faculty of Engineering in St. John’s last night for a vigil to remember the 14 women targeted and killed in the Montreal Massacre on December 6, 1989. VOCM’s Zaren Healey White reports. 24 years have passed since 14 women, 13 students and one employee, were shot to death at l’École Polytechnique in ... END_OF_DOCUMENT_TOKEN_TO_BE_REPLACED 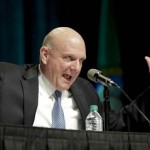 Recent speculation has suggested that former Nokia CEO Stephen Elop, who is in the running to replace Ballmer, is interested in selling the Xbox and Bing arms of the Microsoft business as he doesn’t believe they’re profitable. Speaking about the Xbox One, as reported by Geek Wire and Seeking Alpha, Ballmer said the console’s integration of Bing and SkyDrive are ... END_OF_DOCUMENT_TOKEN_TO_BE_REPLACED 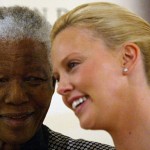 South African born Oscar winning actress Charlize Theron has paid tribute to former president Nelson Mandela who passed away on Thursday evening. At 2:07 pm today Charlize tweeted, My thoughts and love go out to the Mandela family. Rest in Peace Madiba. You will be missed, but your impact on this world will live forever END_OF_DOCUMENT_TOKEN_TO_BE_REPLACED 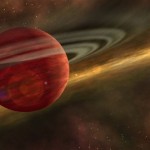 A team of astronomers that is led by a US graduate student has found a planet outside the solar system. The place where it is found is not the place where the planet should not be there. This raises questions regarding the planetary formation. On Thursday, as per a University of Arizona release, the huge planet is orbiting its star ... END_OF_DOCUMENT_TOKEN_TO_BE_REPLACED 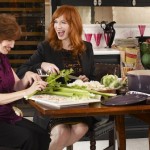 We all know for a fact that Christina Hendricks has a great rack. But the big reveal here is that the Mad Men bombshell also knows how to strut her stuff in the kitchen. Evidently, Nero is on a dark kitchen bender. As such, these juicy images of the sweet mother-daughter duo photographed in what appears to be Windsor Smith’s ... END_OF_DOCUMENT_TOKEN_TO_BE_REPLACED

Alicia Keys and Mom Terria Joseph’s Turkey in a Bag 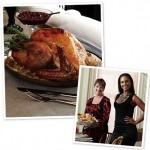 Barely out of her teens, singer, songwriter and classically trained pianist Alicia Keys stormed the pop charts in the early 2000s with a mature-beyond-her-age mix of soul, jazz and hip-hop. Thanks to an extra push from an appearance on Oprah the day before its release, her debut Songs in A Minor (Number One, 2001) sold 235,000 copies in its first ... END_OF_DOCUMENT_TOKEN_TO_BE_REPLACED 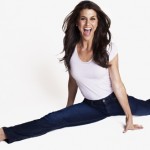 “Making Hanukkah cookies is a tradition I began last year when [my daughter] Josselyn was 3 years old,” says ET correspondent Samantha Harris, a collaborator on the Samantha Jean for DL1961. “It’s a fun, hands-on experience for her that also promotes her artistic expression while allowing for bonding time. This year, she is so excited to do it again and ... END_OF_DOCUMENT_TOKEN_TO_BE_REPLACED 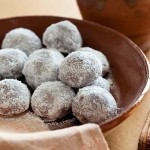 The Cooking Channel is featuring a new holiday cookie recipe from Michelle. Learn how to make Cinnamon and Chocolate Spiced Mexican Wedding Cookies – a recipe Michelle and her family bake for holiday cookie exchanges. Get the recipe and read her blog here. What’s your favorite holiday cookie to bake? Have you tried one of Michelle’s recipes? Share your comments ... END_OF_DOCUMENT_TOKEN_TO_BE_REPLACED