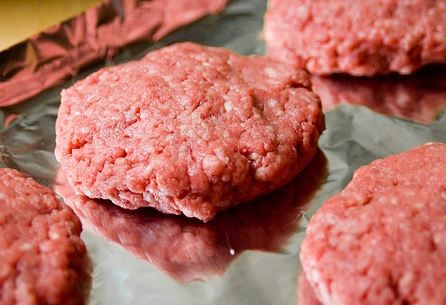 Health officials with the Centers for Disease Control and Prevention are warning people in Wisconsin to avoid so-called “cannibal sandwiches.”

“Cannibal sandwiches” are a popular Wisconsin tradition during the holiday season.

Numerous people got sick with E. Coli after eating them last year. But, it’s not the first time … “cannibal sandwiches” have been tied to at least three other e-coli outbreaks in Wisconsin since the 70′s.

The importance of food safety

The issue of food safety awareness is crucial to keeping the public healthy. According to the CDC, “roughly 1 out of 6 Americans (or 48 million people) get sick, 128,000 are hospitalized, and 3,000 die of food borne diseases.” That is a high and troubling number and the public would be well advised to learn how to prevent food borne illness during food preparation.

The E. coli bacteria are among other food borne pathogens that can cause death: Salmonella, Listeria, Toxoplasma, norovirus, and Campylobacter.

According to Barbara Mahon, a pediatrician and infectious disease epidemiologist with the CDC, there are precautions one can take to prevent food borne illness. Washing hands, for instance, before food preparation and especially after using the bathroom, is extremely important. Produce needs to be washed thoroughly, even if it’s organic, and avoid cross contamination. Wipe down all counters with anti-bacterial cleanser after preparing raw meat.

Web articles – via partners/network co-ordinators. This website and its contents are the exclusive property of ANGA Media Corporation . We appreciate your feedback and respond to every request. Please fill in the form or send us email to: [email protected]
Previous: Robert Loggia 2013 : Actor In on the “Family Guy” Joke
Next: Carrie Underwood Slammed by Von Trapp Family (VIDEO)