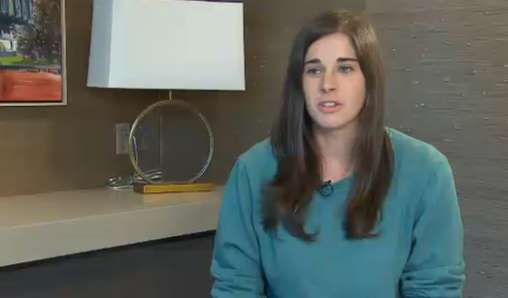 Bethany Paquette : Christian claims to be victim of 'viking discrimination'

A Norwegian wilderness tourism company apparently rejected a Canadian woman’s job application on the basis of her faith. She is a Christian and graduated from a university that has students sign an agreement to not engage in sexual relations outside heterosexual marriage.

Bethany Paquette said she was turned down for a job in Canada’s North for Amaruk Wilderness Corp. because of her faith. Paquette, who is a graduate of Trinity Western University, said being attacked just for identifying as a Christian hurt her.

As an experienced river rafting guide, Paquette sought a job as a wilderness guide for the company’s northern Canadian branch. Olaf Amundsen, their hiring manager, said a distressing rejection email to Paquette, she claims.

“Unlike Trinity Western University, we embrace diversity, and the right of people to sleep with or marry whoever they want,” Amundsen allegedly said in an email.

At Trinity Western, a Christian university in British Columbia, all students must agree to abstain from sex of any kind before they are in a heterosexual marriage or else they would be expelled.

Paquette has defended that her beliefs has shaped her as a person, but they won’t affect the kind of worker she is.

“Your disagreement with Trinity Western University, simply because they do not support sex outside of marriage, can in fact be noted as discrimination of approximately 76 per cent of the world population!!! Wow, that’s a lot of diverse people that you don’t embrace,” Paquette said in response, according to the National Post.

Amundsen ended another email by saying if he met God, he would “f-k him.”

The emails have been described as “over-the-top” and “nasty” by Paquette’s lawyer, Geoffrey Trotter.

Amaruk was founded in 1998 and employees about 200 people to provide private guides in the woods around the world.

Web articles – via partners/network co-ordinators. This website and its contents are the exclusive property of ANGA Media Corporation . We appreciate your feedback and respond to every request. Please fill in the form or send us email to: [email protected]
Previous: Global warming ‘will drive fish towards poles’, study shows
Next: The Big 4 : OPP launches weekend traffic safety blitz