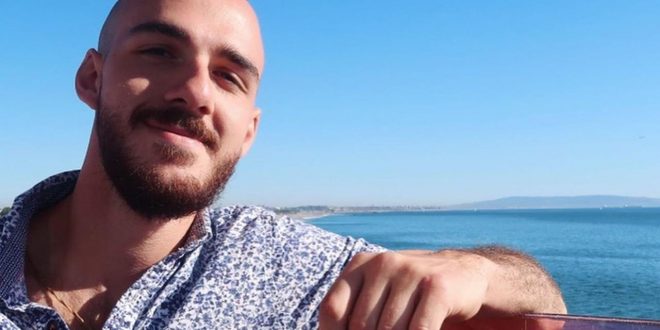 VENICE, Fla. – Six days into the search for Brian Laundrie, police in North Port insist the grueling, exhausting search at Carlton Reserve in Sarasota County is worthwhile as they try to solve Gabby Petito’s disappearance. And his indictment by the FBI on a federal fraud charge has not impacted the effort.

“The warrant doesn’t change anything for us,” North Port Police Department Commander Joe Fussell said in a video released by the department. “We’re working as hard to find him now as we did on Day 1.”

Laundrie was initially only a person of interest in the disappearance of Petito, his fiancée. On Thursday, the FBI issued a federal warrant for the 23-year-old’s arrest, not for homicide, but rather a fraud charge. According to the agency, he used someone else’s Capital One bank card between August 30 to September 1 and took out more than $1,000.

The indictment does not say specifically to whom the cards belong, however, federal investigators said the charges are “related to Mr. Laundrie’s activities following the death of Gabrielle Petito.”

“While this warrant allows law enforcement to arrest Mr. Laundrie, the FBI and our partners across the country continue to investigate the facts and circumstances of Ms. Petito’s homicide,” The FBI said in a statement. “We urge individuals with knowledge of Mr. Laundrie’s role in this matter or his current whereabouts to contact the FBI.”

Six days of scouring the waterlogged Carlton Reserve have turned up nothing. The marshy, swampy terrain has made this a slow slog for law enforcement, which has involved search teams from 16 different agencies.

Friday morning, the Federal Aviation Administration again set up “temporary flight restrictions for Special Security Reasons” in the area, but this one is in place through next Friday. The flight ban covers a 3-nautical-mile radius from a point inside the sprawling reserve, according to the FAA.

Thursday, additional resources from the FBI were brought in to help Florida authorities continue the search. The North Port Police Department, which has led the search operations so far, has not revealed why investigators believe a search of the area is important, other than to say that he’s still missing and this is where his parents said he last went.

Fussell said the sweep, which includes everything from drones to dogs to ATVs, is still only part of a larger effort to find Laundrie. He bristled at the idea that the search was a “waste of time,” as many social media observers have been suggesting.

“There are many, many more resources we’re deploying in here other than the search efforts we are seeing here today. We have investigative means; we have other technology. Agencies are issuing search warrants for data, whether it be social media or some other investigative means, and then we do this search,” he explained as he walked through the preserve.

“So we’re not wasting our time out here, we are doing our due diligence to find Brian in an area that our intelligence has led us [believe] that he could possibly be in. It’s upon us to make sure that we search this area as best as we can – as massive as it is – with the resources that we have to try and find Brian.”

Retired FBI agent Stuart Kaplan agreed that, despite the apparent lack of results, the massive search is not a lost effort as investigators work to zero in on something of substance. At this point, he suggested, that may not be Brian Laundrie himself, but it could be some piece of evidence just as important.

The search wrapped up for the day Friday evening but will continue through the weekend as long as necessary, police say.

Meanwhile, a North Port law firm announced it would offer $20,000 for information leading to Laundrie’s location, adding pressure to anyone who may have information about the case.

The indictment against Brian Laundrie is a single count and says he committed fraud by using a debit card to take out more than $1,000. Legal analyst and defense attorney Anthony Rickman says the charge is simple, but it becomes a significant piece in a large puzzle.

“Putting the PIN number in, he had no permission to do it, he used her credit card without her consent,” Rickman said, although the indictment does not specify it was Gabby’s card Laundrie used.

Web articles – via partners/network co-ordinators. This website and its contents are the exclusive property of ANGA Media Corporation . We appreciate your feedback and respond to every request. Please fill in the form or send us email to: [email protected]
Previous: Kroger shooting suspect identified