Home » Science » What Is This Martian Lake Doing In Canada?! (Video) 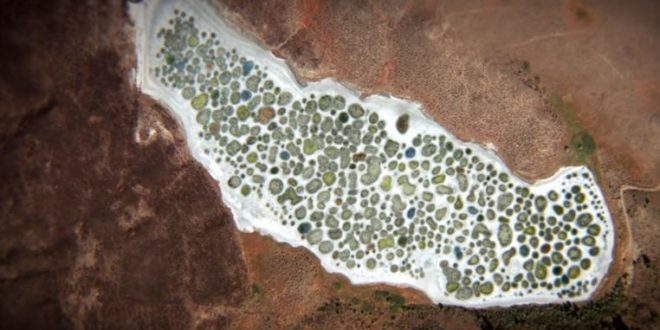 What Is This Martian Lake Doing In Canada?! (Video)

What Is This Martian Lake Doing In Canada?! (Video)

A strange lake in British Columbia, Canada, which is believed by locals to have healing properties has been found to have conditions similar to that of Mars. The micro organic life found in this lake could be the type of life that could exist on Mars..

For example, one pool might help with someone suffering with warts, while another pool would be more helpful for body aches and joint pain.

But perhaps more impressively, the lake contains the highest concentration of sulphates seen anywhere on the planet.

In fact, experts over at The Science Channel, who have studied the lake say that it’s like a huge “chunk of Mars has somehow broken off and travelled 33 million miles.”

Experts said: “Analysis of water from Spotted Lake reveals that organisms are indeed living in the pools.

“It’s like Mars has come to Earth, and in these weird holes are clues to life on the Red Planet.”

Biochemist Rollie Williams added: “It’s possible that some kind of life like that might be existing on Mars, which would be an insane discovery.”

The lake is unique in that it has no outflow. There are no streams running in or out of the water.

Collections of saline and brine have pooled together in different quantities throughout the lake, leaving the phenomenon of the strange circles that can be clearly seen from an aerial view.

Web articles – via partners/network co-ordinators. This website and its contents are the exclusive property of ANGA Media Corporation . We appreciate your feedback and respond to every request. Please fill in the form or send us email to: [email protected]
Previous: Proof of Aliens on Mars? UFO HQ ‘found’ on Red Planet
Next: Scientists Witness the Largest Galaxy Collision Ever Discovered