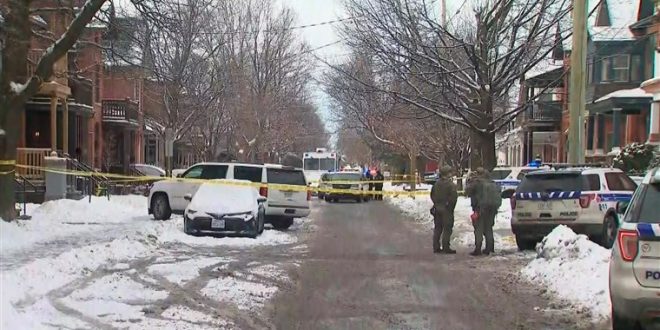 Ottawa shooting: One person killed and three others injured

Ottawa shooting: One person killed and three others injured

Ottawa shooting: One person killed and three others injured.

One person was killed and three others injured, including a teenage boy, in what police called a targeted shooting Wednesday morning at a home in the Canadian capital of Ottawa.

The incident happened at around 7:30 a.m. on Gilmour Street, near Parliament Hill, where the Canadian Parliament is located, according to Ottawa police.

When police arrived at the home they found four people inside with gunshot wounds, police said at a brief news conference. One person died at the scene, police said. A 15-year-old boy was taken to CHEO, a pediatric hospital and research centre in Ottawa, in stable condition, a hospital spokesperson said.

Two others were taken to hospitals, according to police.

Authorities said on Twitter that they were still looking for the suspect and “believe that the shooting was targeted.”

“A coordinated response is underway. Please avoid the area,” police said in an earlier tweet.

The Parliament of Canada Protective Service sent out a message to federal government employees warning them to “be vigilant,” CBC News reported.

Web articles – via partners/network co-ordinators. This website and its contents are the exclusive property of ANGA Media Corporation . We appreciate your feedback and respond to every request. Please fill in the form or send us email to: [email protected]
Previous: Trump refugee resettlement limit, resettled within their borders
Next: Fotis Dulos out on bail, Jennifer Dulos’ estranged husband, charged