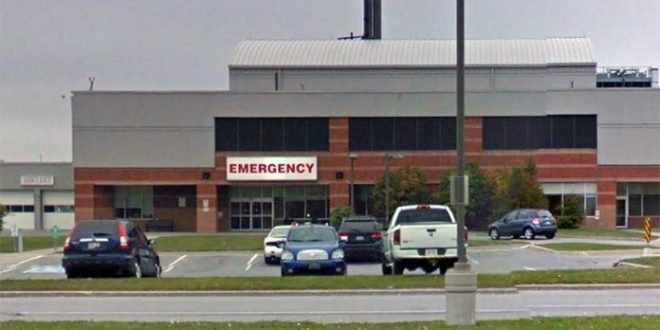 Police fatally shot a man inside the emergency room of Northumberland Hills Hospital on Friday night after an elderly woman was found with a fatal gunshot wound to her head inside that same room, the Special Investigations Unit confirms.

Cobourg police were initially called to the emergency room of the hospital around 11 p.m. Friday night after gunshots were fired.

When police arrived, they found a 76-year-old woman with a gunshot wound to the head. She was pronounced dead on the scene.

The SIU says a few minutes later there was an interaction between police and a 70-year-old man. Several shots were fired by police and the man was struck and killed.

The SIU is automatically called in to investigate reports of death, serious injury or allegations of sexual assault involving police.

The hospital says there is no further danger to the public and that all current patients, caregivers and staff are safe and receiving appropriate care.

“Our staff and physicians are trained to deal with weapon-related situations,” Linda Davis, President and CEO of the hospital said in a statement. “While we hope that we never need to use this training, it proved very beneficial tonight. I want to thank our staff and our local police services for their fast and professional response.”

Web articles – via partners/network co-ordinators. This website and its contents are the exclusive property of ANGA Media Corporation . We appreciate your feedback and respond to every request. Please fill in the form or send us email to: [email protected]
Previous: Scientists discover ‘sense of touch’ in bacteria
Next: This Robot Gives You Arms to Lift a Half-Ton (Video)