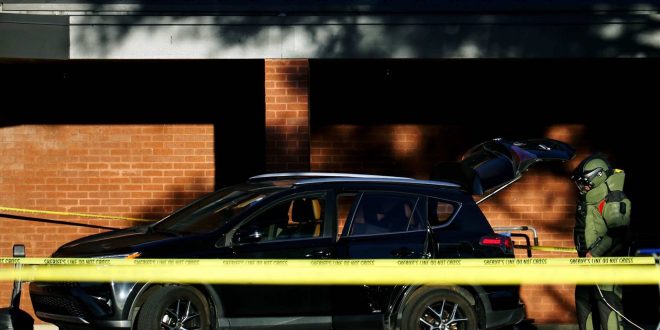 ONE person is dead and at least a dozen are wounded after a mass shooting at Kroger grocery store in Tennessee.

The attack took place in Collierville, a suburb east of Memphis, officials said.

Who is Kroger gunman UK Thang?
The suspect of the Kroger shooting was identified as UK Thang.

According to authorities, Thang was a “third-party vendor” at the Kroger store.

It is unclear if he was fired prior to the shooting.

Collierville Police Chief Dale Lane gave limited information on the suspect during the press conference, saying: “I’m not giving him notoriety in this platform.”

He did confirm, however, that Thang is dead from a self-inflicted gunshot wound.

Lane said investigators are planning to execute search warrants at undisclosed locations as part of their investigation.

He added: “The suspected shooter’s vehicle is in the parking lot, and we are waiting on some additional equipment to get here to be able to safely check that vehicle, as well as some property that was on him.”

He said that at least 12 people were taken to hospital, while another walked into hospital for treatment.

So far, authorities haven’t shared information about the gunman, however a spokeswoman for the city of 50,000 residents told the New York Times that he worked as a “third party vendor of Kroger.”

Some 13 people were shot and one has died.

Web articles – via partners/network co-ordinators. This website and its contents are the exclusive property of ANGA Media Corporation . We appreciate your feedback and respond to every request. Please fill in the form or send us email to: [email protected]
Previous: China: Organic molecule remnants found in dinosaur fossils
Next: Brian Laundrie news: ‘We’re not wasting our time,’ police commander says