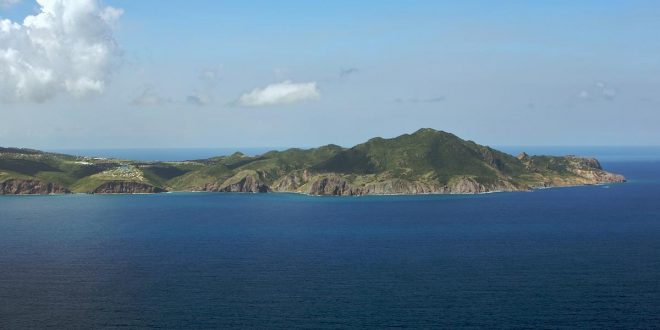 The Caribbean island where you need to earn $70K to enter

The Caribbean island where you need to earn $70K to enter

There are plenty of reasons why you might want to visit the black sand beaches of Montserrat, with its stunning and varied terrain.

But unless you earn $70,000 a year, travelling to the Caribbean island currently isn’t an option.

In a bid to keep COVID-19 out while maintaining some tourist revenue, Montserrat opened its borders in April this year, to only the wealthiest holidaymakers. Those who can afford the steep entry fee, and a two-month minimum vacation.

To date, only 21 people from seven high-flying families have met the government’s selective criteria, the New York Times reports.

For the steep price-tag, they have got to experience an oasis from the health crisis still gripping the world. There have been only 33 cases and one COVID-19 related death on the island – which is roughly the size of Barcelona – so there are no visible measures like mask-wearing in place.

For Montserrat’s first tourists, this was a big part of the appeal. “I remember toward the beginning of the pandemic, I was like, man, I wonder if there’s places in the world that are not dealing with any of this craziness,” Ms. Bajkor told the New York Times.

“There’s nothing that can kill you here except the volcano,” she said. The Soufriere Hills volcano last erupted in 1995, and a daily warning system continues to monitor its activity.

In order to make sure the tourists don’t pose a threat to Montserratians, vaccinated and unvaccinated travellers alike must quarantine for two weeks on arrival and take a COVID-19 test.

Less than a quarter of the nearly 5,000 inhabitants are vaccinated, so an outbreak of the virus could be devastating. This week there are five reported cases on the Caribbean island, all of whom are in quarantine, according to a spokesperson for the Office of the Premier’s Tourism Division.

Andrew Myers, a scuba shop owner, questioned why only people who made more than $70,000 were invited, as a lower barrier to entry could have drawn more trade.

Other Montserratians have reportedly lamented that family members couldn’t visit from nearby islands, because the island has halted the ferry service.

The island’s strict entry rules are about to change however. From 1 October, all vaccinated tourists will be welcome on Montserrat. The minimum stay stipulation has been quietly dropped too.

Given that COVID-19 is under control on the Caribbean island, most European countries should have no problem with nationals travelling there. The UK government has put the island, which is a British territory, on its quarantine-free green travel list.

The UK does have a warning for natural disasters, however, as two-thirds of the island are vulnerable to volcanic activity. There has been no major volcanic activity since February 2010, but it cannot be ruled out.

Montserrat is also currently in its hurricane season, which normally runs from June to November.

Web articles – via partners/network co-ordinators. This website and its contents are the exclusive property of ANGA Media Corporation . We appreciate your feedback and respond to every request. Please fill in the form or send us email to: [email protected]
Previous: Louise Fischer: Danish journalist records herself having sex for a feature at a swingers club
Next: Massachusetts police surprise boy with new bike after previous 2 were stolen