Home » World » How to help someone who is suicidal : Cops use Facebook to talk man out of suicide 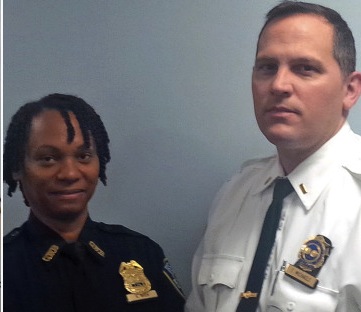 How to help someone who is suicidal

How to help someone who is suicidal : Cops use Facebook to talk man out of suicide

Port Authority police used Facebook to track down a Paterson teen who posted suicidal messages and photos of the George Washington Bridge on the social networking site, an agency spokesman said Wednesday.

Officers moved quickly after a man alerted Paterson police to the alarming social media posts by an 18-year-old city resident Tuesday afternoon, according to police spokesman Joseph Pentangelo. Port Authority officers sent a photo of the teen from his Facebook account to colleagues at the GWB.

The unidentified 18-year-old NJ resident posted a picture of the GW Bridge with the words “I’m thinking of jumping” on his Facebook page on Tuesday afternoon. A friend saw the post and contacted the Port Authority Police Department; Michaels gave out a Facebook photo of the college student to his officers, and left a message on the teen’s Facebook page with his number, encouraging him to call him.

And he did. “He was a young kid in a really bad place. We talked about it for a while, and I told him about my troubles in college,” Michaels told the News. “Then he told me he was in a bus (near the bridge), and we started talking about some of the stops coming up. And I convinced him to get off at one of the stops.” The teen did get off the bus at the next stop, and was taken to a local hospital for observation.

If someone you know exhibits warning signs of suicide: do not leave the person alone, remove any firearms, alcohol, drugs or sharp objects that could be used in a suicide attempt, and call the U.S. National Suicide Prevention Lifeline at 800-273-TALK (8255) or take the person to an emergency room or seek help from a medical or mental health professional.

Web articles – via partners/network co-ordinators. This website and its contents are the exclusive property of ANGA Media Corporation . We appreciate your feedback and respond to every request. Please fill in the form or send us email to: [email protected]
Previous: Michelle Pfeiffer 2013 : Actress on vegan diet, exercise and plastic surgery
Next: Steven Bauer 2013 : Actor plays Don Eladio on Breaking Bad