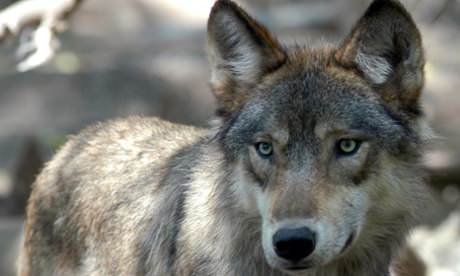 An animal shot dead by a coyote hunter in Iowa in February was the first gray wolf spotted in the state since at least 1925, DNA testing has confirmed.

The hunter, who hasn’t been named, shot the female wolf near Fairbank in northwest Buchanan County believing it to be a similar-looking coyote.

It is legal to shoot coyote in Iowa, though hunting wolves is illegal as they are a protected species.

“I was surprised but not that surprised,” DNA specialist Vince Evelsizer told the Gazette. “Large animals can cover great distances, and state lines mean nothing to them.”

After being nearly exterminated across the continental U.S., gray wolves have returned to many states in the last two decades, both due to reintroductions and populations migrating from Canada. Gray wolves have been confirmed as far west as California and Oregon and as far east as Michigan. During the same time wolves have been vindicated by science as key ecological species. As top predators, wolves not only manage prey populations of animals such as deer and elk, but also change their behavior, curbing unhindered grazing. For example, the wolf’s return to Yellowstone National park led to a resurgence in young forest and a subsequent explosion in biodiversity.

But in many states wolves are now actively hunted and trapped. A legislative rider stripped the wolves of protection from the Endangered Species Act in 2011, the only animal to ever lose its protection in this way.

Web articles – via partners/network co-ordinators. This website and its contents are the exclusive property of ANGA Media Corporation . We appreciate your feedback and respond to every request. Please fill in the form or send us email to: [email protected]
Previous: Tropical storms migrate toward poles, Study Says
Next: Emma Watson : Actress to graduate from Brown University