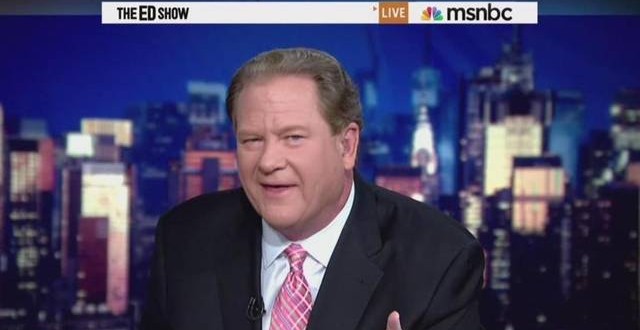 MSNBC has formally decided to cancel three programs — “The Cycle,” “Now with Alex Wagner” and “The Ed Show” — as part of a larger effort to shift its daytime lineup away from opinion programming.

MSNBC President Phil Griffin told staff in a memo that “The Cycle,” “Now w/ Alex Wagner” and “The Ed Show,” with host Ed Schultz, will have their final broadcasts on Friday.

The 5 p.m. Eastern time slot for “The Ed Show” will be filled by a new daily program with NBC News political director and “Meet the Press” moderator Chuck Todd.

Schultz and three of “The Cycle’s” co-hosts, Toure, Krystal Ball and Abby Huntsman, will leave MSNBC. “Cycle” co-host Ari Melber, who is also MSNBC’s legal correspondent, will remain at the network. Wagner will also stay and work on the channel’s political coverage.

Griffin said interim hosts will handle breaking news coverage in the afternoon hours. Former “NBC Nightly News” anchor Brian Williams is joining MSNBC at the conclusion of his six-month suspension. He is expected to start showing up on air in September, although there are no plans yet in place for him to have a regular program.

Although Griffin announced the moves, they are being driven by Andy Lack, who rejoined NBC News as chairman in March and now has responsibility for MSNBC. Lack has told staff that he wants the channel, which has a heavy diet of politically progressive talking heads during the day, to respond more to the news of the day.

In July, MSNBC averaged 373,000 viewers during the day, compared with 426,000 for CNN and 985,000 for Fox News Channel. But it was particularly weak during the day, especially among the 25-to-54-year-old age group that advertisers most want to reach with news programming. For the month, MSNBC averaged just 48,000 viewers among that demographic in daytime, far behind its competitors.

Web articles – via partners/network co-ordinators. This website and its contents are the exclusive property of ANGA Media Corporation . We appreciate your feedback and respond to every request. Please fill in the form or send us email to: [email protected]
Previous: ‘Ghost Woman and Her Baby’ : Ghostly figure seen in photo is scaring social media users ‘Photo’
Next: Lynn Anderson, US country singer, dies aged 67