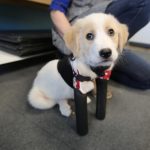 A disabled puppy named Cupid is getting a new chance at finding a loving home, after being left to die in a garbage bin. Born without front legs and discarded to die in the garbage, Cupid now has a new lease on life thanks to the work done by Janice Olynich at Pawsability. She has fitted Cupid with prosthetic legs. END_OF_DOCUMENT_TOKEN_TO_BE_REPLACED 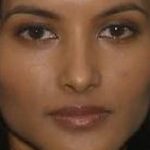 Rohinie Bisesar is set to stand trial in January 2018 for the fatal stabbing of Rosemarie Junor, 28. Rohinie Bisesar appeared in Superior Court on Wednesday and discharged respected lawyer David Connally. She made accusations of jailhouse deprivation and abuse, and asserted that something was placed inside her body before 28-year-old Rosemarie “Kimberly” Junor was fatally stabbed. Justice John McMahon ... END_OF_DOCUMENT_TOKEN_TO_BE_REPLACED 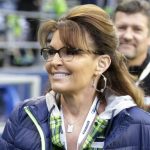 Sarah Palin has been governor of Alaska, candidate for vice-president of the United States and the butt of countless jokes. Now is she about to become the American ambassador to Canada? The White House refused to rule out former Alaska Gov. Sarah Palin for the vacant post on Wednesday, reports the Guardian, and plenty of Canucks took to social media ... END_OF_DOCUMENT_TOKEN_TO_BE_REPLACED 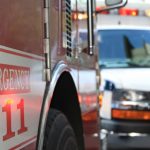 A cat is being credited with alerting a family to a fire in their home early this morning. At approximately 3:30 a.m., firefighters from the Clairmont, Dunes and Sexsmith stations responded to reports of a fire in the Hamlet of Clairmont. Firefighters worked quickly and were able to contain the fire to the underside of the mobile home. END_OF_DOCUMENT_TOKEN_TO_BE_REPLACED 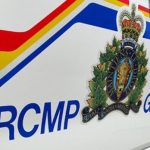 One man is in custody following a more than seven-hour stand off with police in Pincher Creek after he allegedly fired a rifle at two officers early Wednesday morning. The residents near the incident have been informed and their homes have been secured, according to RCMP. Police are asking the public to remain clear from the area for the time ... END_OF_DOCUMENT_TOKEN_TO_BE_REPLACED 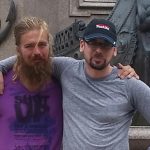 Anton Pilipa with mental health problems, missing for 5 years, found wandering in Brazil. Anton Pilipa, 39, was picked up by Brazilian state police in December and admitted to hospital but has now returned to Toronto after he was last seen in Scarborough in 2012. His brother Stefan made plans to bring Anton home after he learned of his appearance ... END_OF_DOCUMENT_TOKEN_TO_BE_REPLACED 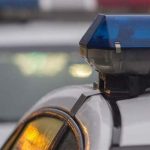 A dog is recovering in the care of its owner after it was dragged by a car in Welland last week, leading to animal cruelty charges being laid against two people. Allie, a dachshund/ beagle mix was dragged behind a car to the horror of several witnesses on Thursday. “The pads on his paws, some of them were taken off. ... END_OF_DOCUMENT_TOKEN_TO_BE_REPLACED 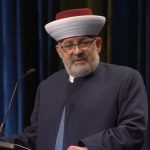 Nearly a week after 27-year-old French Canadian Alexandre Bissonnette stormed into a Quebec City mosque and shot and killed six worshippers, a funeral was held for several of the victims at a local convention center. Imam Hassan Guillet gave an address in English during the service that was attended by Canadian Prime Minister Justin Trudeau. “We are here to celebrate ... END_OF_DOCUMENT_TOKEN_TO_BE_REPLACED

Verdict in Brent Hawkes: Provincial court Judge Alan Tufts handed down the verdict today in Kentville, N.S., saying he found significant inconsistencies in the testimony of the witnesses. Rev. Dr. Brent Hawkes faced sexual assault charges stemming from an alleged incident involving his male students in the 1970s when he was a teacher in the Annapolis Valley area. Charges were ... END_OF_DOCUMENT_TOKEN_TO_BE_REPLACED 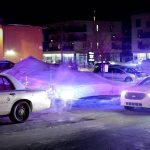 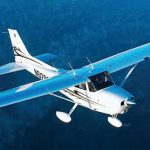 A woman is in critical condition after a small aircraft crashed north of the Duncan Airport. The North Cowichan RCMP says officers called to the incident this afternoon arrived to find the plane had taken out several power lines in the crash. The small plane, owned by the Victoria Flying Club, had a flight instructor and student on board at ... END_OF_DOCUMENT_TOKEN_TO_BE_REPLACED