Home » Canada » Please Advise! Could Sarah Palin be the new ambassador to Canada? 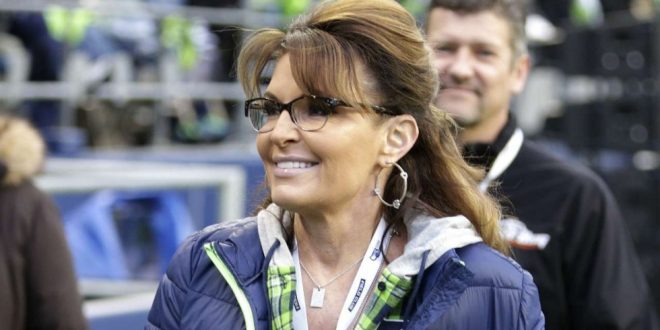 Sarah Palin has been governor of Alaska, candidate for vice-president of the United States and the butt of countless jokes.

Now is she about to become the American ambassador to Canada?

The White House refused to rule out former Alaska Gov. Sarah Palin for the vacant post on Wednesday, reports the Guardian, and plenty of Canucks took to social media to express their dismay. “Appointing Sarah Palin as the US ambassador to Canada is, like, ultimate trolling,” tweeted one. “This is entirely because Sarah Palin can see Canada from Alaska, isn’t it?” tweeted another. The Week rounds up other standout tweets, including one suggesting Canada name Nickelback as ambassador to the US as payback.

When asked directly about the rumor on Wednesday, White House spokesman Sean Spicer said there were “no additional ambassador nominations or announcements to make.” But the Guardian notes Palin has been mentioned “in conversations in Ottawa and Washington as a potential prospect for the job.”

However, such a role would force Palin to “give up her lucrative speeches and television appearances, which have helped make her an estimated $12 million,” columnist Andrew Cohen writes at the Ottawa Citizen. He is decidedly not in favor of the idea, adding Palin would also “have to learn to speak one of our official languages,” meaning English or French, and “live in a land of naifs who favor immigrants, gay marriage, the United Nations, and NATO.”

Web articles – via partners/network co-ordinators. This website and its contents are the exclusive property of ANGA Media Corporation . We appreciate your feedback and respond to every request. Please fill in the form or send us email to: [email protected]
Previous: Researchers just got even more evidence of a new type of black hole
Next: Rohinie Bisesar: PATH stabbing accused asks to speak to victim