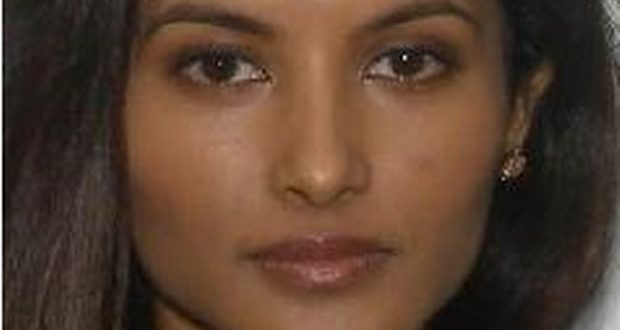 Rohinie Bisesar is set to stand trial in January 2018 for the fatal stabbing of Rosemarie Junor, 28.

Rohinie Bisesar appeared in Superior Court on Wednesday and discharged respected lawyer David Connally. She made accusations of jailhouse deprivation and abuse, and asserted that something was placed inside her body before 28-year-old Rosemarie “Kimberly” Junor was fatally stabbed.

Justice John McMahon kept the proceedings on course despite the accused’s rambling monologue about international terrorism. He set a trial date of Jan. 8, 2018 and tried to help Bisesar retain another lawyer.

Bisesar asked to speak to the victim and the judge replied it’s not possible.

Crown attorney Bev Richards said she’ll apply on Monday for a psychiatric assessment of Bisesar to determine if she was not criminally responsible at the time of the murder.

“I’m happy that a trial date has been set,” Richard Junor said outside court.

“We don’t know exactly what can happen (whether she’ll be found NCR), I can’t answer that,” he said.

“If any one of you had sisters or daughters, ask yourself that question (how you would feel). We can all say we’re NCR and we’re crazy. We can act,” he added.

He said the family has been suffering since the Dec. 11, 2015 attack in a Shoppers Drug Mart.

“We’re not doing well. It has been a trying time for all of us. It’s hard. My mom lost her daughter, for my father, my brother, my whole family.

“It’s tough. You never expect this to happen. We’re trying our best to stick together as a family.”

Junor graduated from university and built her career at Medcan, using an ultrasound machine to screen people for signs of heart disease. She had wed just months before her death.

Bisesar, 40, an unemployed woman with an MBA from York University, has a recent history of mental health issues.

Web articles – via partners/network co-ordinators. This website and its contents are the exclusive property of ANGA Media Corporation . We appreciate your feedback and respond to every request. Please fill in the form or send us email to: [email protected]
Previous: Please Advise! Could Sarah Palin be the new ambassador to Canada?
Next: Cupid: Two-legged puppy takes first steps with prosthetic legs (Video)