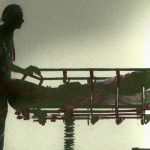 About 2,000 Canadians have obtained a medically assisted death within a year after Bill C-14 became law, according to a new report released by Health Canada interim Friday. Across Canada, there have been 1,982 assisted deaths since June 2016, counting for about 0.7 per cent of all deaths nationally. The figures included 803 people in the first six months, and ... END_OF_DOCUMENT_TOKEN_TO_BE_REPLACED 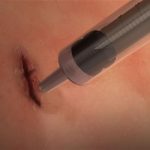 A highly-elastic glue could be the future of treating wounds inflicted in car accidents or war zones, after it was shown to successfully seal open incisions in less than one minute. The glue, dubbed MeTro, is based on a hybrid-elastic protein and can be applied on external or hard-to-reach internal wounds to seal them up in just 60 seconds — ... END_OF_DOCUMENT_TOKEN_TO_BE_REPLACED 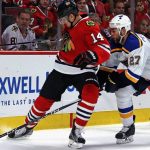 Watching a sports match can stress your heart just as much as playing in the game itself, suggests a small new study in the Canadian Journal of Cardiology. Scientists found that people’s pulses increased by 75 percent when they watched a hockey game on television and by 110% when watching one in person—equivalent to the cardiac stress of vigorous exercise. ... END_OF_DOCUMENT_TOKEN_TO_BE_REPLACED

US mom jailed for ignoring deal to vaccinate son, Report 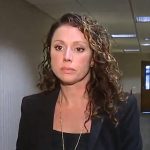 A Michigan mother’s anti-vaccination stance put her behind bars on Wednesday. Rebecca Bredow was sentenced to seven days in jail after she refused to vaccinate her 9-year-old son. An Oakland County judge ordered Bredow to jail because she violated an agreement with her ex-husband to vaccinate their son. Bredow said she opted for waivers available under Michigan state law, which ... END_OF_DOCUMENT_TOKEN_TO_BE_REPLACED 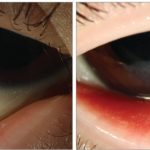 One boy’s vision problems and odd changes to his eyes turned out to be caused by a highly restrictive diet, according to a new report of the boy’s case from Canada. According to a case report published October 2 in the JAMA Paediatrics, when the doctor examined the boy, the outer layers of the child’s eyes were very dry. This ... END_OF_DOCUMENT_TOKEN_TO_BE_REPLACED 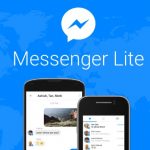 Facebook’s Messenger Lite Android application for emerging markets is now emerging in some of the most established markets globally. Having launched Facebook Messenger Lite last year to a limited number of markets, the social networking giant is now pushing its messaging app to the US, Canada, UK and Ireland. For now the app is only available for Android — Facebook ... END_OF_DOCUMENT_TOKEN_TO_BE_REPLACED 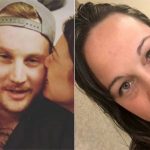 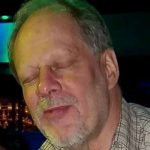 Stephen Paddock, 64, was named by police as the perpetrator of the shooting on Sunday night. Where was he from? Paddock was described as a local resident by police, with a home in Mesquite, Nevada, about an hour northeast of Las Vegas. His residence was reported as 1372 Babbling Brook Court, in a retirement community called Sun City Mesquite. He ... END_OF_DOCUMENT_TOKEN_TO_BE_REPLACED 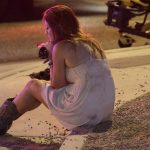 A gunman who fired upon thousands of people attending a music festival on the Las Vegas Strip has killed more than 50 people, police say. More than 400 others were wounded in the mass shooting and panic that ensued. At least one of the dead is an off-duty police officer who was attending the concert. Thousands of panicked people fled ... END_OF_DOCUMENT_TOKEN_TO_BE_REPLACED 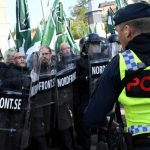 Fifty people were arrested as neo-Nazis clashed with counter-protesters in Sweden’s second-largest city. Hundreds of NMR supporters in black-shirts and heavy black boots marched on Saturday, as membership in a Nazi organization remains legal in Sweden. Police and NMR members carrying shields clashed after marchers sought to take a route different than what had been planned, resulting in the arrests ... END_OF_DOCUMENT_TOKEN_TO_BE_REPLACED 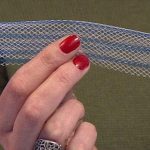 Johnson & Johnson must pay a Pennsylvania woman $57 million. Ella Ebaugh, 51, was forced to undergo three surgeries after the mesh eroded into her urethra. Vaginal mesh, also known as pelvic mesh, is implanted into women who suffer with pelvic organ prolapse or urinary problems by surgeons. Ms Ebaugh was awarded her pay out after a jury in Philadelphia ... END_OF_DOCUMENT_TOKEN_TO_BE_REPLACED