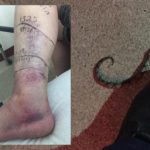 A Virginia mother is recovering after being bitten by a copperhead snake while walking into a LongHorn Steakhouse in Spotsylvania County earlier this month. Rachel Myrick was with her 13-year-old son, her boyfriend Michael Clem, and friends and family during the September 12 incident. Myrick was in the restaurant’s foyer when the roughly 8-inch-long snake struck, biting her three times ... END_OF_DOCUMENT_TOKEN_TO_BE_REPLACED

After 15 Years in a Vegetative State, an implant makes a man cry again 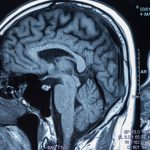 A man who was in a coma for 15 years after a severe car accident has regained signs of consciousness after doctors implanted a nerve stimulator in his chest. The findings reported in Current Biology on September 25 show that vagus nerve stimulation (VNS) — a treatment already in use for epilepsy and depression — can help to restore consciousness ... END_OF_DOCUMENT_TOKEN_TO_BE_REPLACED 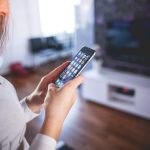 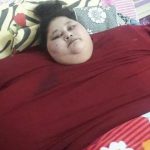 An Egyptian once known as “the world’s heaviest woman” has died aged 37 in a hospital in the United Arab Emirates. Eman Abdul Atti died on Monday at approximately 10:36am AEST, due to complications from heart disease and kidney dysfunction, a statement from medical experts at Burjeel Hospital in Abu Dhabi said. The hospital issued a statement six hours after ... END_OF_DOCUMENT_TOKEN_TO_BE_REPLACED

If you have a higher sex drive than your partner, it might have to do with the size and shape of your face. New research from Nipissing University in Ontario, Canada and published in the journal Archives of Sexual Behavior found that men and women with shorter, wider faces tend to be more sexually motivated than people with other facial ... END_OF_DOCUMENT_TOKEN_TO_BE_REPLACED 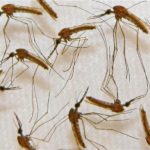 A highly drug-resistant malaria superbug has spread from Cambodia to the southern part of Vietnam, testing the limits of the country’s treatment capabilities, scientists said. This so-called “superbug” can not be treated with first-line anti-malarial drugs. The spread of this dominant artemisinin drug resistant P falciparum C580Y mutant malaria parasite lineage across the entire Mekong Sub-region is a serious threat ... END_OF_DOCUMENT_TOKEN_TO_BE_REPLACED 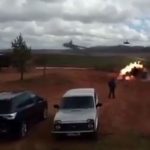 Horrifying video footage shows what appears to be two rockets being fired from an attack helicopter before exploding just feet away from three people and parked cars. According to the Moscow Times, citing 66.ru’s anonymous source, one version of the story is that a technical glitch caused the missiles to blast off “on their own,” blowing up two cars and ... END_OF_DOCUMENT_TOKEN_TO_BE_REPLACED

The Most Dangerous Sex Position For A Man, New Study 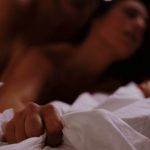 It may be regarded as one of the most basic and unexotic sex positions but missionary is actually one of the most dangerous, according to doctors. The study of heterosexual sex, titled “Relationship between sexual position and severity of penile fracture” and published in the International Journal of Impotence Research, found that the UK’s favourite position – doggy style – ... END_OF_DOCUMENT_TOKEN_TO_BE_REPLACED 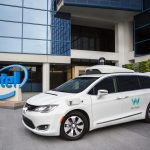 Waymo—the Google self-driving project that spun out to become a business under Alphabet—said Monday it’s using Intel chips as part of a compute platform that allows its self-driving Chrysler Pacifica hybrid minivans to process huge amounts of data so it can make decisions in real time while navigating city streets. The chip-maker publicly stated today that it has been partnering ... END_OF_DOCUMENT_TOKEN_TO_BE_REPLACED

Schizophrenia may up death risk by three-fold, says new research 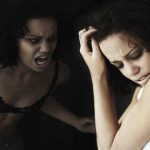 People who suffer from schizophrenia have three times higher risk of death and are more likely to die younger, says new research. “Our study shows that individuals with schizophrenia are not benefitting from public health and health care interventions to the same degree as individuals without schizophrenia,” says Dr. Paul Kurdyak, senior author, CAMH and ICES Scientist and Director of ... END_OF_DOCUMENT_TOKEN_TO_BE_REPLACED 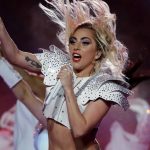 Lady Gaga’s documentary “Five Foot Two” hopes to bring awareness to chronic illness, especially Fibromyalgia, which she has been diagnosed with. In the trailer for her Netflix documentary, we saw Mother Monster at a doctor’s office getting injections with a painful look on her face. On Tuesday, Gaga tweeted about her chronic pain saying “In our documentary the #chronicillness #chronicpain ... END_OF_DOCUMENT_TOKEN_TO_BE_REPLACED