Mum Warns Others After Baby Burned By Phone Charger (Photo) 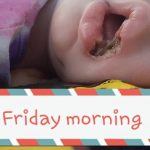 A mother has shared images of an electrical burn left on her daughter’s mouth after she sucked on a switched-on phone charger. Courtney N Davis, from Kentucky, posted the alarming images on Facebook in a bid to warn other parents about the potential hazard from the everyday object. She made the accident public after sharing the story with a “mum ... END_OF_DOCUMENT_TOKEN_TO_BE_REPLACED 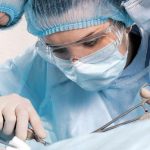 Patients operated on by female surgeons have slightly lower death rates than those treated by men, study suggests. A new research in the British Medical Journal (BMJ) found a small but significant reduction in death rates of 12% for those patients treated by women compared with men. However, the study cannot establish cause and effect, and the researchers stress that ... END_OF_DOCUMENT_TOKEN_TO_BE_REPLACED 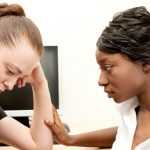 Today is World Mental Health Day and according to the World Health Organization (WHO), on a global scale, more than 300 million people suffer from depression and more than 260 million have anxiety disorders, many of whom live with both. For many employers it is now second nature to consider their employees over all health, but in recent years tackling ... END_OF_DOCUMENT_TOKEN_TO_BE_REPLACED

Ibuprofen better than ‘morphine’ for childrens after minor surgery 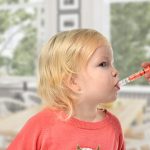 Ibuprofen has fewer adverse effects and may be better than oral morphine for pain relief in children after minor orthopaedic outpatient surgery, according to a study published online today in the Canadian Medical Association Journal. “This result suggests that adequate pain management should be an important goal of care, even after minor outpatient surgery, and that more effective pharmacologic and ... END_OF_DOCUMENT_TOKEN_TO_BE_REPLACED 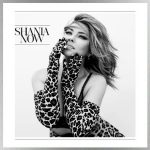 After a 15 year absence from music, Shania Twain has returned to the very top of the Billboard 200. With more than 137,000 units sold, Twain dominated the sales charts in the United States and beyond. She became the first female country act in more than three years to debut at the top of the Billboard Top 200 albums chart ... END_OF_DOCUMENT_TOKEN_TO_BE_REPLACED 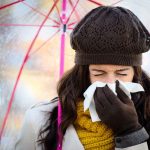 A new study by a team of investigators at the University of Nottingham has found a link between being in a positive mood on the day of your flu vaccine and the vaccine’s protective effect. The study was published in Brain, Behavior and Immunity. Flu vaccination is estimated to only be effective in 17-53% of older adults compared to 70-90% ... END_OF_DOCUMENT_TOKEN_TO_BE_REPLACED

Now dentists are being blamed for the antibiotic crisis, says new study 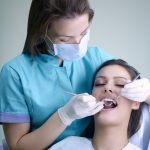 DENTISTS prescribing unnecessary antibiotics could be spreading an antibiotic-resistant superbug infection, researchers have claimed. Taking antibiotics can put patients at risk for developing C. diff and illustrates the importance of using the medications only when needed. The Minnesota Department of Health (MDH) tracked community-associated C. diff infections — meaning those in patients who did not have an overnight stay in ... END_OF_DOCUMENT_TOKEN_TO_BE_REPLACED 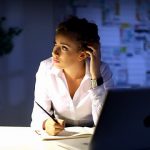 People who work night shifts have a 35 percent higher risk of obesity because the nocturnal schedule derails their metabolism, a new study reveals. In an analysis of 28 published studies, night shift work was associated with a 29% increased risk of becoming obese or overweight. The findings, which are published in Obesity Reviews, suggest that modifying working schedules to ... END_OF_DOCUMENT_TOKEN_TO_BE_REPLACED 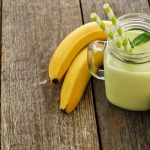 Potassium is to your body what your smartphone is to your everyday life: this essential mineral does dozens of vital jobs, and you’d literally die without it. New research has revealed yet another one of those jobs is keeping your arteries nice and supple. In a mice research, scientists showed that mice fed reduced levels of dietary potassium had stiffer ... END_OF_DOCUMENT_TOKEN_TO_BE_REPLACED 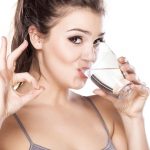 Women who drink three pints of water a day half their risk of getting urinary tract infections, a new study claims. “While doctors have long assumed this is the case and often recommended that women at risk for UTIs increase their fluid intake, it has never really undergone a prospective trial before,” said Thomas M. Hooton, M.D., lead author of ... END_OF_DOCUMENT_TOKEN_TO_BE_REPLACED 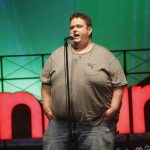 Comedian Ralphie May died after suffering cardiac arrest on Friday in Las Vegas, his manager and publicist confirmed to Variety. He was 45. In a statement to Sinclair’s KSNV, Vice President of Las Vegas Entertainment Operations Damian Costa said: We are incredibly saddened by the loss of our beloved comedian headliner, Ralphie May, and our hearts go out to his ... END_OF_DOCUMENT_TOKEN_TO_BE_REPLACED