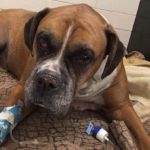 The SPCA is investigating after an injured dog was found buried alive in the Monteregie Tuesday. The Montérégie SPCA said in a Facebook post that the dog, a Boxer mix, was extremely dehydrated when it was first brought in for care on Tuesday and couldn’t even lift its head. The SPCA said that the dog appeared to be in stable ... END_OF_DOCUMENT_TOKEN_TO_BE_REPLACED 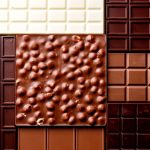 A new study, published in the journal Heart, has found that people who eat chocolate regularly may actually have a lower risk of developing atrial fibrillation – a condition that causes an irregular and often abnormally fast heart rate. The research, led by epidemiologists from Harvard University, looked at the relationship between chocolate consumption and the occurrence of an often-fatal ... END_OF_DOCUMENT_TOKEN_TO_BE_REPLACED

A 49-year-old woman from Lethbridge has been charged with uttering threats for social media posts she made regarding the federal government and the prime minister’s wife. RCMP in Calgary received information about the online threats on May 11 and officers were able to identify the social media account where the posts originated. The next day, police tracked down the account ... END_OF_DOCUMENT_TOKEN_TO_BE_REPLACED 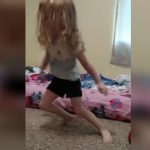 A couple in Oregon recorded the terrifying moments after their daughter experienced partial paralysis from a tick bite. According to a Facebook post, they rushed her to the hospital where they quickly learned the cause of her illness was an American Dog Tick latched onto the girl’s head. Her parents never even knew it was there. Experts said tick paralysis ... END_OF_DOCUMENT_TOKEN_TO_BE_REPLACED 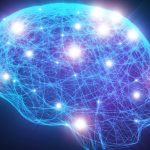 Researchers have discovered over 50 new genes relating to intelligence—a finding that gives us a far better insight into the “genetic architecture of intelligence” and how this relates to IQ. The genes – including 40 totally new discoveries – also correlate with traits such as smoking cessation, skull volume, height, and other disparate factors, reports the team from Vrije Universiteit ... END_OF_DOCUMENT_TOKEN_TO_BE_REPLACED 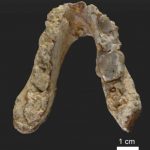 Europe, not Africa, might have spawned the first members of the human evolutionary family around 7 million years ago, researchers say. In a new finding that adds to that conversation, an international team of researchers analyzed two previously found specimens of a hominid species, Graecopithecus freybergi, whose dental fossils were found in Greece and Bulgaria. Using a visualization method called ... END_OF_DOCUMENT_TOKEN_TO_BE_REPLACED 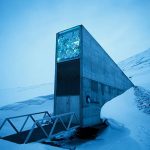 The Global Seed Vault, also popularly known as the Doomsday Vault, which has been specifically built to secure a million packets of the world’s most precious seeds from all natural and man-made calamities has been breached. High temperatures this winter resulted meltwater entering the tunnel at the entrance of the vault. The facility, which is dug deep into Arctic permafrost, ... END_OF_DOCUMENT_TOKEN_TO_BE_REPLACED 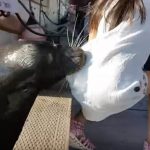 A man quickly rescued a little girl after a sea lion grabbed the back of the child’s dress and yanked her off a dock in a Vancouver, British Columbia suburb. In the viral video, posted to YouTube by Richmond resident Michael Fujiwara, the California sea lion swims up to Steveston Fisherman’s Wharf in Richmond, a Vancouver suburb, then approaches a ... END_OF_DOCUMENT_TOKEN_TO_BE_REPLACED 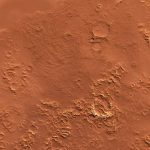 Titan is the only place in our solar system where liquid currently flows in the same way it does on Earth, but it turns out that this moon of Saturn may have more in common with Mars than with our planet. MIT researchers have found that despite these similarities, the origins of topography, or surface elevations, on Mars and Titan ... END_OF_DOCUMENT_TOKEN_TO_BE_REPLACED 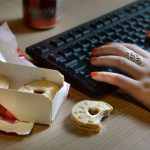 Not having lunch at your desk and switching off the TV while eating could be the key to losing weight, says new study. Researchers from the University of North Carolina analysed data from 80 people who said they were ready to lose weight at the start of the study. The results showed that, after 15 weeks, those in the mindful ... END_OF_DOCUMENT_TOKEN_TO_BE_REPLACED 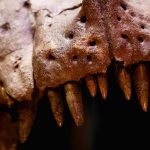 Tyrannosaurus Rex was one of the most fearsome dinosaurs that ever lived. And now scientists know why. Using advanced modeling techniques, they have found T-Rex could bite down with a force of 8,000 pounds. That’s equivalent to the weight of three small cars, and twice as strong as the largest crocodiles alive today. Its long conical teeth could generate bone-crushing ... END_OF_DOCUMENT_TOKEN_TO_BE_REPLACED