Home » World » Researchers Say That Chocolate is Great For Your Heart! (Study) 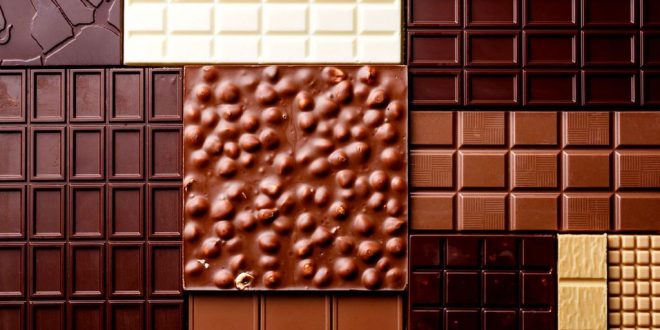 Researchers Say That Chocolate is Great For Your Heart!

A new study, published in the journal Heart, has found that people who eat chocolate regularly may actually have a lower risk of developing atrial fibrillation – a condition that causes an irregular and often abnormally fast heart rate.

The research, led by epidemiologists from Harvard University, looked at the relationship between chocolate consumption and the occurrence of an often-fatal type of irregular heartbeat known as atrial fibrillation (AF).

Drilling through the data accumulated for the participants in the Danish Diet, Cancer, and Heath Study, the researchers uncovered 3,346 cases of AF over a 13-and-a-half year period.

The heart disease patients were classified according to their body-mass index, blood pressure, cholesterol, lifestyle, diet and other health problems. The entire study cohort was asked to estimate the size and frequency of chocolate consumption, with individuals then ranked and correlated against AF case frequency.

The baseline was established to be those who ate less than 28 grams (one ounce) per month. Compared to this, people who enjoyed between 28 and 84 grams a month had a 10% lower risk of atrial fibrillation.

Scoffing even more than this produced a plateau, with AF risk reducing by 16%.

Results were identical for men and women.

“Our study adds to the accumulating evidence on the health benefits of moderate chocolate intake and highlights the importance of behavioral factors for potentially lowering the risk of arrhythmias,” says lead author Elizabeth Mostofsky.

However, a Swedish study published earlier this year revealed a more complex result. While moderate consumption of chocolate was found to be associated with lower rates of heart failure, the positive effect vanished in people who ate it daily.

In most studies, any observed benefits appear highest in dark chocolate, perhaps because it contains less fat and sugar content.

The Danish participants were not instructed to eat any particular kind of chocolate and so were likely, in the main, to have chowed down on popular milk-chocolate varieties.

Says Mostofsky: “Despite the fact that most of the chocolate consumed by the study participants likely had relatively low concentrations of potentially protective ingredients, we still observed a significant association between eating chocolate and a lower risk of AF — suggesting that even small amounts of cocoa consumption can have a positive health impact.”

Web articles – via partners/network co-ordinators. This website and its contents are the exclusive property of ANGA Media Corporation . We appreciate your feedback and respond to every request. Please fill in the form or send us email to: [email protected]
Previous: Lisa Seymour-Peters accused of issuing online threats against ‘Sophie Grégoire Trudeau’
Next: Dog found beaten, buried alive in Quebec; SPCA says