Jeremy the lefty snail loses out to love rival (Photo) 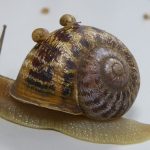 Two rare ‘lefty’ snails brought together following a public appeal by a researcher at The University of Nottingham have produced their first offspring. More than 170 baby snails have hatched, just six months after the story of Jeremy the ‘lefty’ garden snail and his search for a similarly left-coiling, or sinistral, companion hit international headlines. Two potential mates were uncovered ... END_OF_DOCUMENT_TOKEN_TO_BE_REPLACED 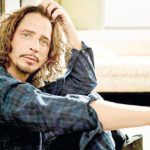 Lead singer of the bands Soundgarden and Audioslave, Chris Cornell died at the age of 52 in Detroit. The Associated Press reports that the police are investigating the death as a possible suicide. Two Detroit newspapers had earlier cited a police spokesman Cornell was found with “a band around his neck.” A different Detroit Police spokesman, Michael Woody, told The ... END_OF_DOCUMENT_TOKEN_TO_BE_REPLACED 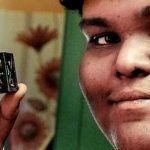 A teenager from India recently won a satellite-design competition co-sponsored by NASA. His winning invention, probably the world’s lightest satellite, will be launched by NASA this June for a sub-orbital test flight. Rifath Sharook, who is from Tamil Nadu, India, made the pocket-sized satellite for a competition called Cubes in Space, which is an international design challenge that asks students ... END_OF_DOCUMENT_TOKEN_TO_BE_REPLACED 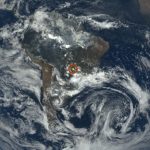 A NASA camera has captured hundreds of flashes of light coming from above the Earth’s surface that researchers say are caused by sunlight reflecting off tiny ice particles. Mysterious flashes of light from Earth were captured by the National Oceanic and Atmospheric Administration’s Deep Space Climate Observatory, or DSCOVR, an Earth and space weather satellite launched in 2015. Eagle-eyed amateur ... END_OF_DOCUMENT_TOKEN_TO_BE_REPLACED 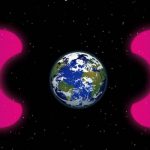 Researchers have revealed the presence of a huge man-made bubble that’s surrounding the Earth. Observations with NASA’s Van Allen Probes have revealed the presence of a human-made ‘bubble’ around our planet, sometimes acting as a barrier against high-energy particles. Researchers say the phenomenon is likely caused by the very low frequency (VLF) radio signals used to communicate with deep-ocean submarines, ... END_OF_DOCUMENT_TOKEN_TO_BE_REPLACED 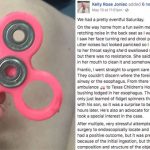 An east Texas mother is warning other parents of the potential dangers of a toy that has surged in popularity with kids. Kelly Rose Joniec wrote in a Facebook post that her 10-year-old daughter, Britton, had put a bearing from a fidget spinner in her mouth to clean it, but accidentally swallowed it. They were driving home from a swim ... END_OF_DOCUMENT_TOKEN_TO_BE_REPLACED 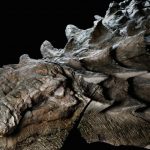 Canada’s Royal Tyrrell Museum of Paleontology unveiled an incredibly well-preserved nodosaur fossil. The 18-feet-long, 3,000-pound dinosaur fossil is over 110 million-years-old and looks like a statue. The creature, identified as a nodosaur, was a four-legged herbivore whose massive size and body armor caused it resemble a tank, museum officials told CNN. Not only is it among the most well-preserved specimens ... END_OF_DOCUMENT_TOKEN_TO_BE_REPLACED 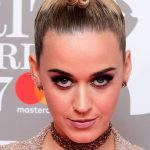 The news is now official, and it’s every bit as surprising as it was when it was first rumored: Katy Perry will be an American Idol judge. At today’s upfront presentation at David Geffen Hall in New York City, ABC Entertainment President Channing Dungey announced that Grammy- and Emmy-nominated music luminary Katy Perry is set to judge the next generation ... END_OF_DOCUMENT_TOKEN_TO_BE_REPLACED 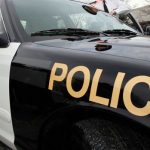 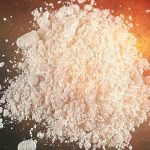 Police say an Ohio officer suffered an accidental overdose after a drug arrest when he touched powder on his shirt without realizing it was the powerful opiod fentanyl. Officer Chris Green was involved in a traffic stop on May 12 when a white powder ended up on his skin, causing him to overdose. Narcan, a life-saving anti-overdose drug, was administered ... END_OF_DOCUMENT_TOKEN_TO_BE_REPLACED 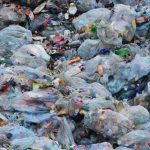 One of the world’s most remote islands is polluted with the highest density of plastic debris reported anywhere on the planet, with over 37 million pieces littered on its beaches, a new study has found. Henderson Island, a designated World Heritage Site and part of the Pitcairn islands group, is a raised coral atoll containing several unique plant, bird and ... END_OF_DOCUMENT_TOKEN_TO_BE_REPLACED