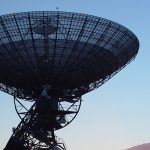 NASA has established radar capabilities to pinpoint tiny pieces of hardware lost in space and has already used it to find a lunar orbiter which mysteriously vanished in 2009. The Indian Space Research Organization launched Chandrayaan-1 in October 2008 for “chemical, mineralogical and photo-geologic mapping of the Moon,” according to The Indian Express. Less than a year later, researchers said ... END_OF_DOCUMENT_TOKEN_TO_BE_REPLACED 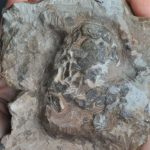 Scientists have found the world’s oldest crocodilian eggs that were laid 152 million years ago. Scientists—in a study published this week in PLOS One—say they’ve discovered the world’s oldest known crocodile eggs. The fossilized eggs are 152 million years old and were dug up during a years-long excavation in Portugal—some of them in dinosaur nests, strangely enough. Researchers say it’s ... END_OF_DOCUMENT_TOKEN_TO_BE_REPLACED 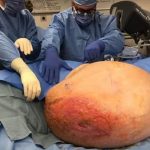 Mary Clancey, a 71-year-old woman from Schuylkill County, Pennsylvania, finally feels the weight of her world off her back after doctors removed a 140-pound ovarian cyst from her body. Clancey thought she was overweight because of her penchant for French fries and other starchy foods. Her family doctor teased her about too much snacking at the Pottsville Boscov’s fudge counter ... END_OF_DOCUMENT_TOKEN_TO_BE_REPLACED 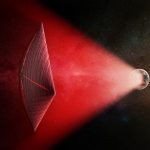 Harvard scientists have proposed a theory about the possibility of mysterious celestial phenomena known as fast radio bursts (FRB) being caused by alien space travel or advanced alien technology. A report published Thursday from the Cambridge-based CFA explored the kind of power we would need to harness on earth to produce similar radio bursts across the galaxy. First discovered in ... END_OF_DOCUMENT_TOKEN_TO_BE_REPLACED 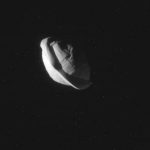 Saturn’s moon Pan is a dainty little thing with a diameter of just 17 miles (28 kilometers) across. It’s also shaped like a piece of ravioli. The moon, Pan, is Saturn’s second-innermost tagalong, and it’s only about 35 kilometers across. What makes it so interesting, as plainly seen in the new pictures, is that it’s not round. Pan has been ... END_OF_DOCUMENT_TOKEN_TO_BE_REPLACED 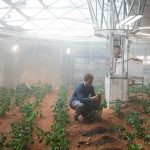 A project attempting to grow potatoes in Mars-like conditions has reported positive preliminary results. Potatoes bred by the International Potato Center in Peru were grown in a CubeSat – a miniature satellite box – developed with Nasa. The CubeSat was on Earth but hermetically sealed so that that no air or water from Earth’s atmosphere could be exchanged with the ... END_OF_DOCUMENT_TOKEN_TO_BE_REPLACED 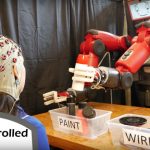 A team from MIT’s Computer Science and Artificial Intelligence Laboratory (CSAIL) wanted robots to be a more natural extension of our bodies. In the demonstration, robot arms were given the task of placing either a canister of paint or a ball of wire into an appropriate box. The human controller, meanwhile, wearing an electroencephalography (EEG) cap, would have their brainwaves ... END_OF_DOCUMENT_TOKEN_TO_BE_REPLACED 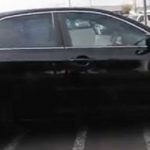 A Toyota Camry was stolen from in front of a Weston-area home Friday morning with a 4-year-old girl still inside. A vehicle was stolen with the child inside just after 6 a.m. from the Jane Street and Lawrence Avenue area, Toronto police said. The car, a 2008 Toyota Camry with the licence plate BHVH392, was later seen near Highway 401 ... END_OF_DOCUMENT_TOKEN_TO_BE_REPLACED 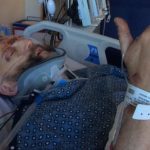 Jim Tavare suffered a broken neck, 15 broken ribs, a punctured lung, a broken leg and fractured breastbones after a head-on collision. On Tuesday, Jim’s wife Laura posted a message on his Facebook account about the crash alongside a photo of Jim giving the camera an encouraging thumbs up despite the damage inflicted on his lungs, neck, ribs and legs. END_OF_DOCUMENT_TOKEN_TO_BE_REPLACED 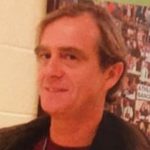 A Toronto teacher has been killed in what is believed to have been a violent robbery in Costa Rica. Bruce McCallum, 58, who worked at Albert Campbell Collegiate Institute, near Finch Avenue East and McCowan Road, was fatally stabbed on Sunday, March 5 in what appears to be a botched robbery attempt, according to that country’s Judicial Investigation Police. END_OF_DOCUMENT_TOKEN_TO_BE_REPLACED 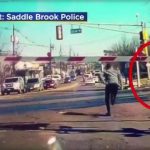 Quick thinking by a New Jersey motorist saved an elderly woman who had frozen while trying to cross the tracks in front of an oncoming train. Dash cam video shows 28-year-old Jonathan Mango and an unidentified Good Samaritan rush to her aid and help her get off the tracks just as a NJ Transit train barrels past them in Bergen ... END_OF_DOCUMENT_TOKEN_TO_BE_REPLACED