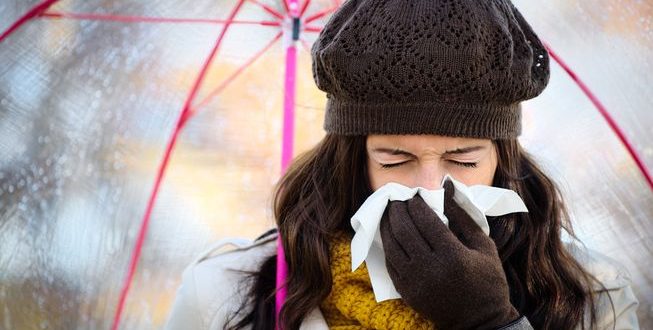 A new study by a team of investigators at the University of Nottingham has found a link between being in a positive mood on the day of your flu vaccine and the vaccine’s protective effect. The study was published in Brain, Behavior and Immunity.

Flu vaccination is estimated to only be effective in 17-53% of older adults compared to 70-90% of younger people. With the onset of winter and so-called ‘flu season’, the research is likely to be of interest to everyone having their autumn flu jab.

This new Nottingham-based study is the first to examine several psychological and behavioural factors that have been shown to affect how well vaccinations work. The researchers set out to understand which factor, or combination of factors has the greatest impact on the ability of vaccinations to protect against disease.

The team measured negative mood, positive mood, physical activity, diet and sleep three times a week over a 6 week period in a group of 138 older people due to have their flu jab. Then they examined how well the jab was working by measuring the amount of influenza antibody in the blood at 4 weeks and 16 weeks after the vaccination.

The results showed that of all of the factors measured, only positive mood over the 6 week observational period predicted how well the jab worked – with good mood associated with higher levels of antibody. In fact, when the researchers looked at influences on the day of vaccination itself, they found an even greater effect on how well it worked, accounting for between 8 and 14% of the variability in antibody levels.

Professor Kavita Vedhara, from the University’s Division of Primary Care, said: “Vaccinations are an incredibly effective way of reducing the likelihood of catching infectious diseases. But their Achilles heel is that their ability to protect against disease is affected by how well an individual’s immune system works. So people with less effective immune systems, such as the elderly, may find vaccines don’t work as well for them as they do in the young.

“We have known for many years that a number of psychological and behavioural factors such as stress, physical activity and diet influence how well the immune system works and these factors have also been shown to influence how well vaccines protect against disease..”

The study, published in Brain, Behavior and Immunity, was unusual in that, by chance, the vaccination that participants received was identical to the one they had received in the previous year. This has happened only once before since the turn of the century. As a result, the researchers found that participants had very high levels of antibody – and therefore protection – for two out of three of the viruses present in the vaccination, even before they were vaccinated.

This so-called ‘ceiling effect’ meant that this study was unlikely to see further large increases in antibody levels for these two viruses and therefore was unlikely to reveal an effect of psychological and behavioural factors. As a result the team focused its analyses on the one strain which was the least ‘immunogenic’ i.e. the strain with low levels of antibody prior to vaccination.

The researchers say the approach of focusing on individual viral strains is not uncommon, but recommend that future research is best conducted in the context of a vaccination with more novel viral strains to further confirm the positive mood effect on vaccination.

Web articles – via partners/network co-ordinators. This website and its contents are the exclusive property of ANGA Media Corporation . We appreciate your feedback and respond to every request. Please fill in the form or send us email to: [email protected]
Previous: Now dentists are being blamed for the antibiotic crisis, says new study
Next: Singer Shania Twain’s Now tops Billboard 200 chart