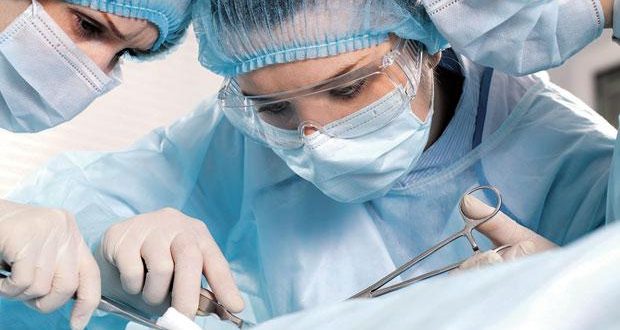 Patients operated on by female surgeons have slightly lower death rates than those treated by men, study suggests.

A new research in the British Medical Journal (BMJ) found a small but significant reduction in death rates of 12% for those patients treated by women compared with men.

However, the study cannot establish cause and effect, and the researchers stress that their results “do not support the preferential selection of a surgeon of either sex in clinical practice.”

Studies have shown that women and men practise medicine differently, although little research exists on differences in learning styles, acquisition of skills, or outcomes for female and male surgeons.

Given that surgery is a traditionally male-dominated profession, a team led by Houston Methodist surgeon and researcher, Raj Satkunasivam, who was at the University of Toronto when the study was completed, wanted to examine the effect of surgeon sex on postoperative outcomes of patients undergoing common surgical procedures.

The main outcome was a combined measure of death, readmission to hospital and complications 30 days after surgery.

A total of 104,630 patients were treated by 3,314 surgeons (774 female and 2,540 male) over the study period (2007-2015). The researchers found that patients treated by female surgeons were slightly less likely to die within 30 days, but there was no significant difference in readmissions or complications.

There was also no difference in outcomes by surgeon sex in patients who had emergency surgery, where patients do not usually choose their surgeon. And results remained largely unchanged after accounting for additional factors like case mix (differences in a patient’s condition).

Possible reasons underlying better outcomes for patients treated by female surgeons are not clear, say the authors, although it may be related to delivery of care that is more in line with guidelines, more patient centred, and involves better communication.

The authors stress that this is an observational study, so no firm conclusions can be drawn about cause and effect, and they cannot rule out the possibility that the lower mortality associated with female surgeons may be due to other unmeasured factors.

Nevertheless, they say their findings “support the need for further examination of the surgical outcomes and mechanisms related to physicians and the underlying processes and patterns of care to improve mortality, complications, and readmissions for all patients.”

“Our findings have important implications for supporting sex equality and diversity in a traditionally male dominated profession,” they conclude.

In a linked editorial, Clare Marx and Derek Alderson of the Royal College of Surgeons of England argue that, while this study confirms the safety, skill, and expertise of women surgeons relative to their male colleagues, the sex of the surgeon is unlikely to be relevant.

Improving surgical outcomes is a complex undertaking, they say. Surgeons and researchers tend to focus on physical and clinical end points, often failing to acknowledge the importance of longer term outcomes that matter most to patients, while hospital providers “are more concerned with cost-effectiveness and efficiency savings, than community costs.”

With so many critical issues to consider, trying to find out why there is a very small difference in short term clinical outcomes between male and female surgeons, “is unlikely to prove worthwhile,” they argue. “Nor are we convinced that the sex of the surgeon will emerge as an important determinant of a good outcome for patients having surgery,” they conclude.

Web articles – via partners/network co-ordinators. This website and its contents are the exclusive property of ANGA Media Corporation . We appreciate your feedback and respond to every request. Please fill in the form or send us email to: [email protected]
Previous: Dealing with an Employee Suffering from Depression
Next: Three people found dead in Nanaimo house fire, Police