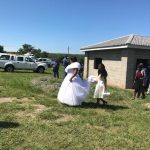 Wedding cells: South Africa bridal couple arrested for breaching lockdown. Police in South Africa have arrested a bride and groom, a priest, and 40 guests who defied the rules of the country’s strict coronavirus lockdown to hold a wedding in KwaZulu Natal province. South African broadcaster eNCA aired a video footage showing the bride-to-be in the back of a police ... END_OF_DOCUMENT_TOKEN_TO_BE_REPLACED 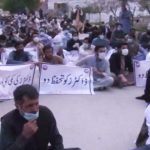 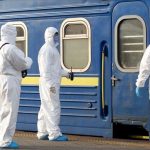 The total number of deaths due to COVID-19 in the United States topped 10,000 as of 1:20 p.m. local time Monday (1720 GMT), according to the data compiled by the Center for Systems Science and Engineering (CSSE) at Johns Hopkins University. A total of 10,335 people have died of the disease among 347,003 confirmed cases in the country, the CSSE ... END_OF_DOCUMENT_TOKEN_TO_BE_REPLACED 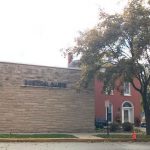 SPAIN is holding drive-through funerals for coronavirus victims as the number of deaths rises above 13,000. La Almudena cemetery in Madrid, the largest in the country, saw funerals held every 15 minutes for those that have died from COVID-19. Hearses were seen driving up to the doors of the chapel before a quick blessing followed by burial or cremation. Although ... END_OF_DOCUMENT_TOKEN_TO_BE_REPLACED 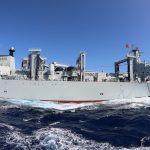 A Chinese destroyer lased a U.S. Navy P-8A Poseidon maritime patrol aircraft that was operating over international waters about 380 miles west of Guam, the U.S. Pacific Fleet said in a statement. The laser could not be seen by a human eye but was captured by sensors on the airplane, which is a variant of the Boeing 737 that has ... END_OF_DOCUMENT_TOKEN_TO_BE_REPLACED 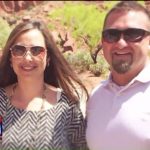 Principal, Kobe Bryant ‘karma’ post spurs threats. A high school principal who suggested Kobe Bryant deserved to die by posting it was “karma” after the NBA legend’s fatal helicopter crash has resigned. “Not gonna lie. Seems to me that karma caught up with a rapist today,” Liza Sejkora, now-former principal of Camas High School in Camas, Washington, posted on Facebook ... END_OF_DOCUMENT_TOKEN_TO_BE_REPLACED 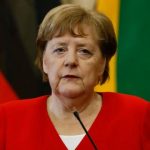 Angela Merkel fires official after the extreme right fiasco. German Chancellor Angela Merkel salvaged her fragile ruling coalition Saturday with the resignation of two officials, including one junior minister, who had aligned themselves with the far-right in a regional election. The surprise election of Thomas Kemmerich as state premier in Thuringia with the help of MPs from the far-right AfD ... END_OF_DOCUMENT_TOKEN_TO_BE_REPLACED

Stan Kirsch dead: ‘Highlander’ actor has died at 51. Stan Kirsch, an actor who played the Immortal Richie Ryan for five seasons on the 1990s syndicated hit fantasy drama Highlander: The Series, died Jan. 11 at his home in Los Angeles. He was 51. Kirsch died by suicide caused by hanging, according to the L.A. County Medical Examiner’s Office. His ... END_OF_DOCUMENT_TOKEN_TO_BE_REPLACED

Aliko Dangote Arsenal takeover in 2021 on the cards

Aliko Dangote Arsenal takeover in 2021 on the cards. Nigerian businessman Aliko Dangote has sensationally hinted he may buy Arsenal in 2021 after the completion of his other multi-billion dollar projects. Dangote, who is believed to be the wealthiest man in Africa, has an estimated net worth of more than £8.5billion through his business exploits. The Nigerian tycoon has been ... END_OF_DOCUMENT_TOKEN_TO_BE_REPLACED

Joel Embiid finger injury, miss Sixers’ game vs. Celtics (Details). Joel Embiid will be out Thursday night for the Sixers’ game against the Boston Celtics, the eighth game he’ll miss this season. The Sixers’ All-Star center dislocated his left ring finger Monday night vs. Oklahoma City. According to a team spokesperson, Embiid was visiting a specialist during practice Wednesday. When ... END_OF_DOCUMENT_TOKEN_TO_BE_REPLACED