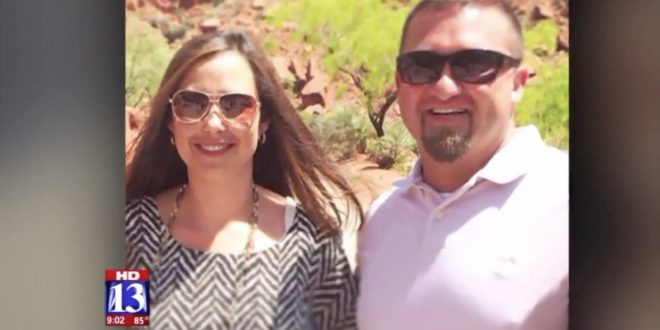 Kenneth Manzanares pleads guilty to killing his wife on cruise to Alaska.

A Utah man has pleaded guilty to killing his wife on a cruise to Alaska in July 2017.

Kenneth Manzanares, Kristy Manzanares and members of her family the Emerald Princess cruise ship outside Alaska when the couple got in an argument on July 25, 2017. Kristy told Kenneth she wanted a divorce and told him to leave the ship in Juneau and go back to Utah. Kenneth then told their daughter and a child who were with them in the room to leave, and they went to another family member’s cabin.

Sentencing is scheduled for May 28 and 29.

Web articles – via partners/network co-ordinators. This website and its contents are the exclusive property of ANGA Media Corporation . We appreciate your feedback and respond to every request. Please fill in the form or send us email to: [email protected]
Previous: Principal, Kobe Bryant ‘karma’ post spurs threats
Next: Chinese destroyer aims laser at US aircraft