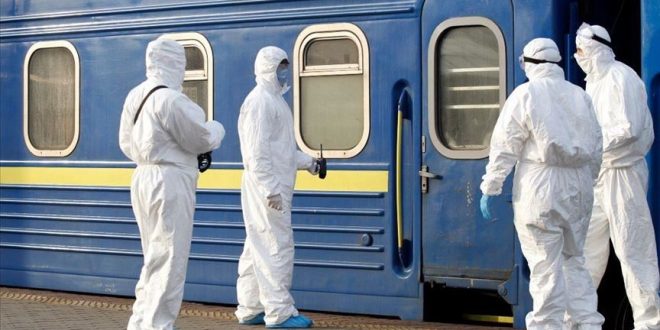 The total number of deaths due to COVID-19 in the United States topped 10,000 as of 1:20 p.m. local time Monday (1720 GMT), according to the data compiled by the Center for Systems Science and Engineering (CSSE) at Johns Hopkins University.

The state of New York suffered the most deaths in the country, now standing at 4,758. Among other hard-hit states, New Jersey reported 917 fatalities, Michigan recorded 617 deaths, and California reported 350 deaths. Over 18,000 patients have recovered, according to the CSSE data.

At a Sunday briefing in the White House, U.S. President Donald Trump said that Americans are bracing for probably the toughest week during which a lot of deaths will occur due to COVID-19.

“The U.S. will reach a horrific point in terms of death,” Trump said, while voicing his optimism that “it will be a point where things will start changing for the better.”

Web articles – via partners/network co-ordinators. This website and its contents are the exclusive property of ANGA Media Corporation . We appreciate your feedback and respond to every request. Please fill in the form or send us email to: [email protected]
Previous: Drive-through funerals held in Madrid’s coronavirus epicenter
Next: Pakistan: Doctors arrested after protests over lack of PPE