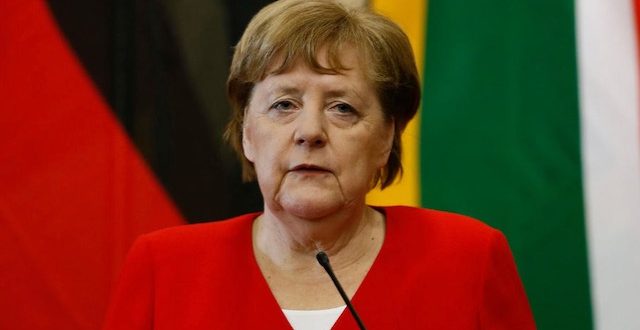 German Chancellor Angela Merkel salvaged her fragile ruling coalition Saturday with the resignation of two officials, including one junior minister, who had aligned themselves with the far-right in a regional election.

The surprise election of Thomas Kemmerich as state premier in Thuringia with the help of MPs from the far-right AfD on Wednesday shattered a political taboo in Germany, where mainstream parties have vowed never to work with the anti-Islam, anti-immigrant party.

On Saturday Merkel effectively dismissed Christian Hirte, the government’s commissioner for eastern Germany and a junior minister after he congratulated Kemmerich on his success.

At the same time, Kemmerich also stood down under pressure.

“I announce my resignation as Thuringia minister-president effective immediately,” said Kemmerich of the business-friendly Free Democrats, one of Germany’s smaller parties.

Merkel said at a news conference in South Africa on Thursday that the Thuringia election result was “unforgivable and that’s why the result must be reversed”.

Kemmerich was elected to the state premiership with the backing not just of regional deputies from Merkel’s conservative CDU party but also of the far-right Alternative for Germany AfD.

A third official has said he will step down in May as Merkel struggles to sustain her tenuous coalition with centre-left Social Democrats (SPD).

German media said the SPD had demanded Kemerich’s resignation as a condition for remaining in the coalition, which met Saturday in Berlin.

After the meeting, the coalition partners called for a fresh vote in Thuringia.

“For reasons of political legitimacy, the coalition partners are convinced that, regardless of the election of a new premier, fresh elections need to take place in Thuringia,” a joint statement issued after the meeting said.

Web articles – via partners/network co-ordinators. This website and its contents are the exclusive property of ANGA Media Corporation . We appreciate your feedback and respond to every request. Please fill in the form or send us email to: [email protected]
Previous: Stan Kirsch dead: ‘Highlander’ actor has died at 51
Next: Principal, Kobe Bryant ‘karma’ post spurs threats