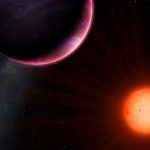 A GIANT planet the size of Jupiter has been discovered orbiting a star only half the size of the Sun, contradicting previous theories on planet formation. The discovery of NGTS-1b challenges theories of planet formation, which states that a planet of this size could not be formed around such a small star because small stars cannot gather enough material together ... END_OF_DOCUMENT_TOKEN_TO_BE_REPLACED 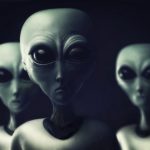 Sci-fi fans may think aliens from outer space would resemble little green men or large monstrous creatures – but new research suggests they may be more like us than we realise. For the first time, experts are using Darwin’s evolutionary theory to make predictions about extra-terrestrial life, hoping to glean new insights and patterns about its potential behaviour. In a ... END_OF_DOCUMENT_TOKEN_TO_BE_REPLACED 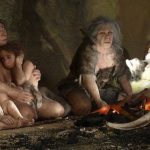 Who (or what) killed the Neanderthals? We still don’t know. Some anthropologists point to environmental causes – climate change or a disease epidemic, for example. Others pin the blame on our ancestors, Homo sapiens, for either introducing tropical diseases on their migration from Africa, for being intellectually and culturally superior, or for simply interbreeding Homo neanderthalensis to extinction. The new ... END_OF_DOCUMENT_TOKEN_TO_BE_REPLACED 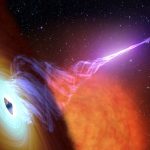 Black holes are famous for being ravenous eaters, but they do not eat everything that falls toward them. A small portion of material gets shot back out in powerful jets of hot gas, called plasma, that can wreak havoc on their surroundings. Along the way, this plasma somehow gets energized enough to strongly radiate light, forming two bright columns along ... END_OF_DOCUMENT_TOKEN_TO_BE_REPLACED 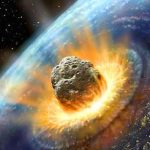 Conspiracy theorists are yet again convinced that the mysterious plant Nibiru is set to destroy Earth in the coming weeks. Nibiru was supposed to eradicate Earth on September 23 after a Christian numerologist claimed it was on a collision path with our planet. The doomsday prediction drew enough media attention that Nasa was forced to publicly refute the claims. Now, ... END_OF_DOCUMENT_TOKEN_TO_BE_REPLACED 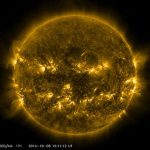 NASA has released a chilling compilation of the ‘sounds’ of space, bringing to life the radio emissions captured by its spacecraft as they journey across the solar system. The collection, shared in a new playlist on Soundcloud, includes everything from the roaring warble of lightning on Jupiter to the eerie boom of starlight. Read more about some of the sounds ... END_OF_DOCUMENT_TOKEN_TO_BE_REPLACED 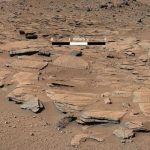 Researchers from The Open University (OU) have discovered a process that could explain the long-debated mystery of how land features on Mars are formed in the absence of significant amounts of water. Experiments carried out in the OU Mars Simulation Chamber – specialised equipment, which is able to simulate the atmospheric conditions on Mars – reveal that Mars’ thin atmosphere ... END_OF_DOCUMENT_TOKEN_TO_BE_REPLACED

Researchers compare twins’ DNA after one of them went to space

Researchers have long known that being in space takes an immense physical toll on the body. But it may also change astronauts’ genes, according to research on NASA’s Scott Kelly and his identical twin brother, Mark Kelly. NASA’s Twins Study preliminary results have revealed that space travel causes an increase in methylation, the process of turning genes on and off, ... END_OF_DOCUMENT_TOKEN_TO_BE_REPLACED

This Dinosaur Had a ‘Bandit Mask’ Like a Raccoon, Researchers Say 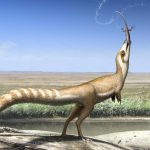 Researchers said this week that a “diminutive” dinosaur from China is the first to sport a so-called “bandit mask” pattern around its eyes, an evolutionary feature common in modern-day mammals and birds, including raccoons. Sinosauropteryx prima first made a splash back in 1996 when it was unveiled as the first non-avian dinosaur to have plumage, with a defined line of ... END_OF_DOCUMENT_TOKEN_TO_BE_REPLACED 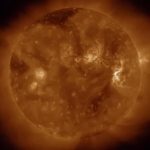 September 2017 saw a spate of solar activity, with the Sun emitting 27 M-class and four X-class flares and releasing several powerful coronal mass ejections, or CMEs, between Sept. 6-10. Solar flares are powerful bursts of radiation, while coronal mass ejections are massive clouds of solar material and magnetic fields that erupt from the Sun at incredible speeds. The activity ... END_OF_DOCUMENT_TOKEN_TO_BE_REPLACED 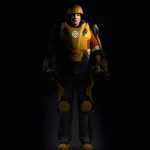 Say hello to Guardian GT, who wants to take the strain out of your manual labor. This mean-looking machine from Sarcos Robotics is designed to give you superhuman strength. Its pair of seven-foot arms, each able to lift 500 pounds, is controlled with eerie smoothness by a human. Sarcos CEO Ben Wolff was very clear about the philosophy behind creating ... END_OF_DOCUMENT_TOKEN_TO_BE_REPLACED