Home » Science » Aliens Could Be More Similar To Us than Thought, According to Study 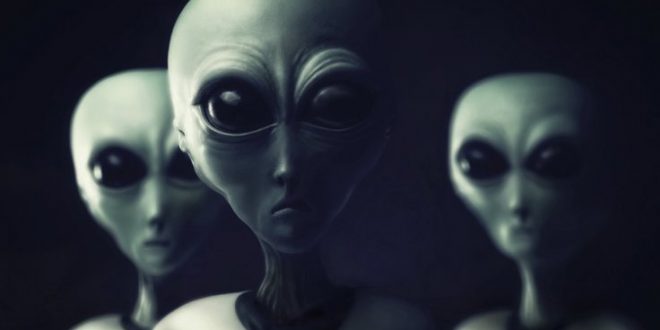 Sci-fi fans may think aliens from outer space would resemble little green men or large monstrous creatures – but new research suggests they may be more like us than we realise.

For the first time, experts are using Darwin’s evolutionary theory to make predictions about extra-terrestrial life, hoping to glean new insights and patterns about its potential behaviour.

In a paper published in the International Journal of Astrobiology, researchers led by Samuel Levin from the university’s department of zoology argue that aliens – regardless of their fundamental chemistry or whether they possess some kind of analogue to DNA – will still be subject to the pressures of natural selection.

The idea, they write, is “something that should not be taken for granted but that rests on firm theoretical grounds.”

The general framework of natural selection, they argue, implies that any and all alien species across the universe are, like those on Earth, subject to pressures that result in them becoming fitter over time. Such an approach can explain how complexity arises in space.

The model, they suggest, moves astrobiology forward, because previous attempts to predict what forms alien life might take have rested on largely mechanistic principles – taking earthly examples, combining them with our knowledge of chemistry and geology, and extrapolating from there.

“In our paper, we offer an alternative approach, which is to use evolutionary theory to make predictions that are independent of Earth’s details,” says Levin.

As well as the basic pressures of natural selection, the team also factor in the well-supported observations that evolution on Earth has been affected by significant transitional phases – the evolution of prokaryotes, for instance, and then of multicellular organisms.

Spurred by transient extreme conditions, they write, a similar punctuated equilibrium could be expected during the development of life systems on other worlds.

“We still can’t say whether aliens will walk on two legs or have big green eyes. But we believe evolutionary theory offers a unique additional tool for trying to understand what aliens will be like,” explains Levin.

‘By predicting that aliens undergone major transitions – which is how complexity has arisen in species on earth, we can say that there is a level of predictability to evolution that would cause them to look like us.

“Like humans, we predict that they are made-up of a hierarchy of entities, which all cooperate to produce an alien. At each level of the organism there will be mechanisms in place to eliminate conflict, maintain cooperation, and keep the organism functioning.”

Based on these principles, one of the team, Helen Cooper, went so far as to offer a tentative design of what a naturally selected alien might look like.

She calls the creature the Octomite, and describes it as “a complex alien that comprises a hierarchy of entities, where each lower level collection of entities has aligned evolutionary interests such that conflict is effectively eliminated.

“These entities engage in division of labour, with various parts specialising on various tasks, such that the parts are mutually dependent.”

Web articles – via partners/network co-ordinators. This website and its contents are the exclusive property of ANGA Media Corporation . We appreciate your feedback and respond to every request. Please fill in the form or send us email to: [email protected]
Previous: Neanderthals were doomed to fail, says new research
Next: Remains at Silver Creek farm those of missing Vernon woman Traci Genereaux