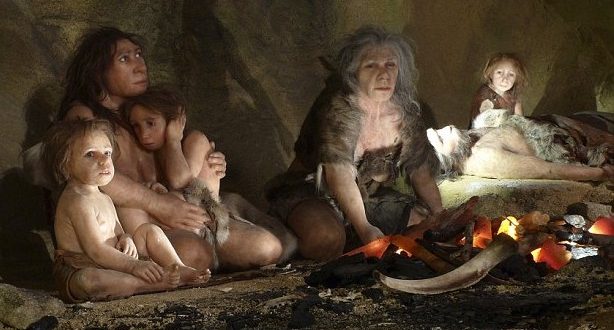 Who (or what) killed the Neanderthals? We still don’t know. Some anthropologists point to environmental causes – climate change or a disease epidemic, for example. Others pin the blame on our ancestors, Homo sapiens, for either introducing tropical diseases on their migration from Africa, for being intellectually and culturally superior, or for simply interbreeding Homo neanderthalensis to extinction.

The new search isn’t intended to argue against those factors, but just to show that they’re not needed to explain the extinction, says Oren Kolodny of Stanford University.

He and colleague Marcus Feldman present their approach in a paper released Tuesday by the journal Nature Communications.

They based their conclusion on a computer simulation that represented small bands of Neanderthals and modern humans in Europe and Asia. These local populations were randomly chosen to go extinct, and then be replaced by another randomly chosen population, with no regard for whether it represented the same species.

Neither species was assumed to have any inherent advantage, but there was one crucial difference: Unlike the Neanderthals, the modern humans were supplemented by reinforcements coming in from Africa. It wasn’t a huge wave, but rather “a tiny, tiny trickle of small bands,” Kolodny said.

Still, that was enough to tip the balance against the Neanderthals. They generally went extinct when the simulation was run more than a million times under a variety of assumptions.

If survival was a game of chance, “it was rigged by the fact that there’s recurring migration,” Kolodny said. “The game was doomed to end with the Neanderthals losing.”

Kolodny said the evidence that such migrations actually occurred is suggestive rather than conclusive. Such migrations would not be expected to leave much of an archaeological trace, he said.

Experts in human origins said the paper could help scientists pin down the various factors that led to the Neanderthals’ demise. It fits in with other recent attempts to explain the extinction without assuming behavioral differences between Neanderthals and our ancestors, said Wil Roebroeks of the University of Leiden in the Netherlands. The notion of such differences is largely disproven, he said.

Katerina Harvati of the University of Tuebingen in Germany said while the new work could be useful in solving the extinction mystery, it doesn’t address the question of why modern humans dispersed from Africa into Europe and Asia. It’s important to figure out what was behind that, she said in an email.

Web articles – via partners/network co-ordinators. This website and its contents are the exclusive property of ANGA Media Corporation . We appreciate your feedback and respond to every request. Please fill in the form or send us email to: [email protected]
Previous: New York Terror Attack: Eight killed by man driving truck in Lower Manhattan
Next: Aliens Could Be More Similar To Us than Thought, According to Study