Home » Sports » Kai Greene : Bodybuilder not to compete at the Mr. Olympia (Video) 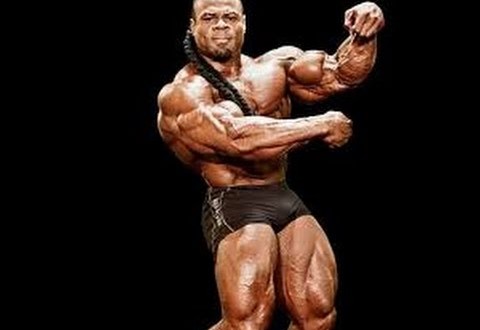 Kai Greene : Bodybuilder not to compete at the Mr. Olympia (Video)

Kai Greene : Bodybuilder not to compete at the Mr. Olympia (Video)

Kai Greene, bodybuilder and past runner-up Mr. Olympia, announced in a video he posted on YouTube that he will not be allowed to compete at this year’s Mr. Olympia for reasons he cannot divulge.

Kai “The Predator” Greene, the second best bodybuilder in the world, will not be allowed to flex his 270 pounds of monstrous muscle at the Olympia slated for this weekend in Las Vegas.

Greene, runner-up for the last three years and the major threat to four-time champion Phil Heath, is reportedly ineligible after attempting to open his Dynamik Muscle supplement line in conjunction with the Olympia.

His agent demanded a free title sponsorship, a 20×20 booth space and no union load-in fees. Olympia reps countered by wanting Greene to fork over sponsorship money like everyone else.

Web articles – via partners/network co-ordinators. This website and its contents are the exclusive property of ANGA Media Corporation . We appreciate your feedback and respond to every request. Please fill in the form or send us email to: [email protected]
Previous: Rupert Wyatt: Director Exits Channing Tatum’s Gambit ‘Report’
Next: T.I. parts ways with Iggy Azalea (Video)