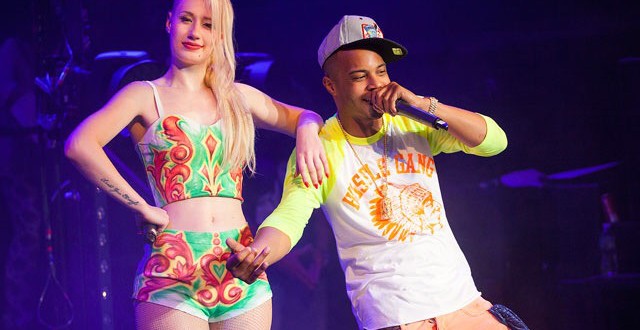 Iggy Azalea’s extended partnership with rapper and producer T.I. has come to an end, according to T.I., with the Australian singer’s extension of an argument with Q-Tip late last year proving the final straw.

Over the past year, T.I. has come to the defense of Azalea amid a number of controversies, including her decision to cancel her U.S. tour in order to give herself a “mental break,” and social media feuds with fellow rappers Q-Tip, Azealia Banks and Snoop Dogg.

However, in a new interview with New York City radio station Hot 97, T.I. admitted he has not had much contact with the “Fancy” singer in recent month, saying, “After the Q-Tip thing… after I smoothed it over. Everything was cool and then they came back and undid. It’s not that I got tired of cleaning it up.

“I’m loyal partner and if I rock with you, I rock with you. Right or wrong… But right now, I’m block the bullets, but when I say go… go. Just go. Don’t stand around and talk while I’m blocking bullets. I just feel ‘they’ (Azalea’s team) needed some time to adjust.”

Web articles – via partners/network co-ordinators. This website and its contents are the exclusive property of ANGA Media Corporation . We appreciate your feedback and respond to every request. Please fill in the form or send us email to: [email protected]
Previous: Kai Greene : Bodybuilder not to compete at the Mr. Olympia (Video)
Next: Adrienne Bailon: “The Cheetah Girls” star Explains Why She Called Off Engagement (Video)