Home » World » After 15 Years in a Vegetative State, an implant makes a man cry again 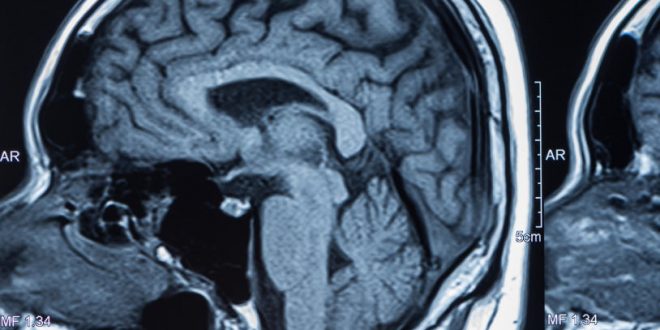 After 15 Years in a Vegetative State, an implant makes a man cry again

A man who was in a coma for 15 years after a severe car accident has regained signs of consciousness after doctors implanted a nerve stimulator in his chest.

The findings reported in Current Biology on September 25 show that vagus nerve stimulation (VNS) — a treatment already in use for epilepsy and depression — can help to restore consciousness even after many years in a vegetative state.

The outcome challenges the general belief that disorders of consciousness that persist for longer than 12 months are irreversible, the researchers say.

By stimulating the vagus nerve, we show that “it is possible to improve a patient’s presence in the world,” says Angela Sirigu of Institut des Sciences Cognitives Marc Jeannerod in Lyon, France.

The vagus nerve connects the brain to many other parts of the body, including the gut. It’s known to be important in waking, alertness, and many other essential functions. To test the ability of VNS to restore consciousness, the researchers, led by Sirigu and clinicians lead by Jacques Luauté, wanted to select a difficult case to ensure that any improvements couldn’t be explained by chance. They looked to a patient who had been lying in a vegetative state for more than a decade with no sign of improvement.

After one month of vagal nerve stimulation, the patient’s attention, movements and brain activity significantly improved, they report. The man began responding to simple orders that had been impossible before. For example, he could follow an object with his eyes and turn his head upon request. His mother reported an improved ability to stay awake when listening to his therapist reading a book.

After stimulation, the researchers also observed responses to “threat” that had been absent. For instance, when the examiner’s head suddenly approached the patient’s face, he reacted with surprise by opening his eyes wide. After many years in a vegetative state, he had entered a state of minimal consciousness.

Recordings of brain activity also revealed major changes. A theta EEG signal important for distinguishing between a vegetative and minimally conscious state increased significantly in areas of the brain involved in movement, sensation, and awareness. VNS also increased the brain’s functional connectivity. A PET scan showed increases in metabolic activity in both cortical and subcortical regions of the brain, too.

The findings show that the right intervention can yield changes in consciousness even in the most severe clinical cases, the researchers say.

“Brain plasticity and brain repair are still possible even when hope seems to have vanished,” Sirigu says.

The scientists are now planning a large collaborative study to confirm and extend the therapeutic potential of VNS for patients in a vegetative or minimally conscious state. In addition to helping patients, Sirigu says the findings will also advance understanding of “this fascinating capacity of our mind to produce conscious experience.”

Web articles – via partners/network co-ordinators. This website and its contents are the exclusive property of ANGA Media Corporation . We appreciate your feedback and respond to every request. Please fill in the form or send us email to: [email protected]
Previous: Researchers Have Found Blocks Of Polystyrene In Arctic Ice
Next: Woman bitten three times by copperhead snake at restaurant