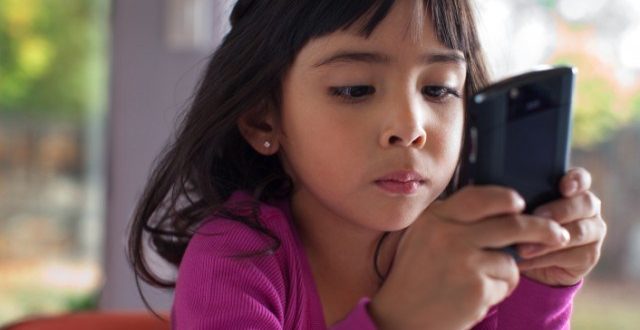 Researchers have warned that children’s increasing use of mobile electronic devices is leaving them at risk of permanent damage.

New study in the UK has found that the use of smartphones and tablets is causing significant sleep problems among babies and toddlers.

Tim Smith, who lead a team at Birkbeck University in London, quizzed 750 parents about their kids’ touchscreen use and sleep patterns.

He found that for every hour of smartphone or tablet use, children lost 15 minutes’ sleep.

They also took longer to finally nod off, according to the study published in Scientific Reports today.

But before you completely banish the iPad from your little ones’ hands, there have been rumbling among the scientific community about the conclusions made in the study.

It appears that not everybody is convinced.

Dr Anna Joyce, Research Associate in Cognitive Developmental Psychology, Coventry University said it’s important to point out that touchscreen use does not necessarily cause sleep loss and that “it could be that children who use touchscreens more frequently need less sleep, or that a third factor is responsible for the association”.

She said: “As the first study to investigate associations between sleep and touchscreen use in infancy, this is a timely piece of research given the already controversial topic of screen use in childhood and adolescence.

“It shows that as early as six to 36 months of age, touchscreen use, which is prevalent in toddlers, is associated with shorter total sleep duration by an average of 15.6 minutes per day.

“This association is driven by a reduction in night-time sleep despite an increase in daytime sleep, and increased sleep latency (time to fall asleep).

“The increase in daytime sleep may indicate a physiological response to counteract the reduction in night-time sleep, yet children do not quite manage to catch up.”

If true, it could be a worrying development.

Kids who sleep better have better attention and memory and do better at school than those who don’t.

Dr Joyce advised: “In light of these findings and what we know from previous research it may be worth parents limiting touchscreen, other media use and blue light in the hours before bedtime.

“Until we know more about how touchscreens affect sleep, they shouldn’t be banned completely, as there may also be cognitive benefits associated with their use, for example, as the authors showed in their previous work, for the development of fine motor skills.”

The research has been published in Nature Scientific Reports, with the research paper titled “Daily touchscreen use in infants and toddlers is associated with reduced sleep and delayed sleep onset.” Subsequent research will seek to explain why touchscreen interactions seem to cause sleep disruption with the young.

Web articles – via partners/network co-ordinators. This website and its contents are the exclusive property of ANGA Media Corporation . We appreciate your feedback and respond to every request. Please fill in the form or send us email to: [email protected]
Previous: Researchers seek holy grail of climate change in Oman’s hills
Next: NASA finds crack in middle of Greenland’s biggest glaciers (Photo)