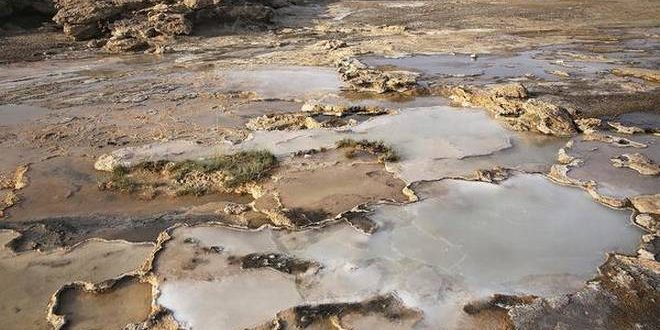 Researchers are busy digging into the crust of the Earth to study the planet’s natural carbon sequestration process in an effort to find a more efficient way to effectively combat castastrophic climate change.

A team of geologists, led by Columbia University’s Peter Kelemen, are cracking into the exposed sections of the Earth’s mantle in Oman’s al-Hajjar mountains to observe how carbon dioxide naturally petrified into limestone and marble millions of years ago. Half of Oman’s landscape contains peridotite, a rock that naturally removes carbon dioxide from the air and converts it into rock.

Peter Kelerman hopes that this new climate change research will be picked up by energy companies so more funding and drilling expertise will be infused into this $3.5 million project.

The energy industry’s expertise in drilling could help develop a drilling operation where the mechanism will process carbon-rich water and pump it into the newly formed seabed in the oceanic ridges. The seabed will then chemically absorb carbon from the water and then cycle back the water to the surface to capture more carbon from the atmosphere.

They hope that eventually they will be able to absorb the billions of carbon dioxide in the atmosphere that causes heat to be trapped in what is known to be the greenhouse effect. The Paris Agreement hopes to arrest global warming to just 2 degrees Celsius by setting out a global action plan of reducing carbon emissions of 197 countries that ratified the agreement.

Web articles – via partners/network co-ordinators. This website and its contents are the exclusive property of ANGA Media Corporation . We appreciate your feedback and respond to every request. Please fill in the form or send us email to: [email protected]
Previous: YouTube Has A Hidden Dark Mode You Can Enable, here’s how to access it
Next: Youngsters using smartphones lose out on sleep, Says New Study