Home » World » Researchers May Have Found Out What Causes Dyslexia 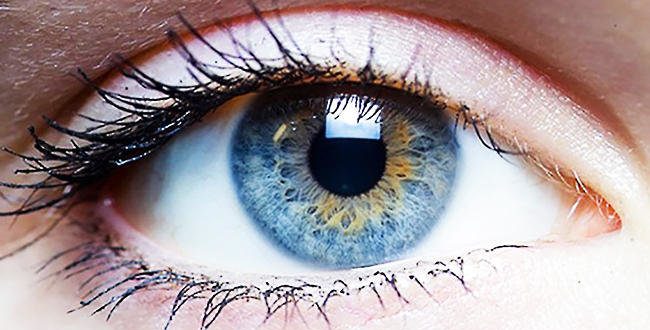 Researchers may have found a cause of dyslexia

Researchers May Have Found Out What Causes Dyslexia

Two scientists believe they have found a possible cause of dyslexia, their research, published in Proceedings of the Royal Society B, looks into the arrangement of cells in the eyes and the effect this has on the brain.

They found that in people with the condition, tiny light receptor-cells were arranged in matching patterns in the centre of each eye.

In non-dyslexics, they do not match, allowing the brain to choose one eye to override the other and create a single image.

They now believe the matching cells do not allow for this and confuse the brain by producing “mirror” images in opposing hemispheres.

“Our observations lead us to believe that we indeed found a potential cause of dyslexia,” Professor Guy Ropars, the study’s co-author told the Agence France Presse (AFP) news agency.

Prof Ropars, who is based at the University of Rennes added that the discovery offers a potentially simple way to diagnose people with dyslexia – by looking into someone’s eyes.

The scientists were also able to develop a treatment for the condition after discovering a slight delay between the brain producing a primary image and the other hemisphere’s mirror image.

By flashing an LED lamp, which switches off and on so quickly it is invisible to the naked eye, Prof Ropars and his colleague Albert le Floch were able to “cancel” one of the images in the brains of participants who were reading.

The new study found a major difference between the arrangement of rods and cones – the eye’s light-receptor cells – in dyslexic and non-dyslexic people.

Cones, which are responsible for seeing colours, come in red, green and blue variants. But there is a tiny hole in the centre of the cornea where there are no blue cones.

In non-dyslexics they discovered one eye had a round hole, making it dominant over the other eye, which had an uneven shaped hole.

In people with dyslexia both holes were round, meaning neither eye was dominant and giving rise to potential “mirror errors” in reading, such as confusing “b” and “d”.

“The lack of asymmetry might be the biological and anatomical basis of reading and spelling disabilities,” the study’s authors said.

They added: “For dyslexic students their two eyes are equivalent and their brain has to successively rely on the two slightly different versions of a given visual scene.”

According to the Canadian Dyslexia Association, about 23 percent of people living in Canada are affected by dyslexia. Although this learning disability can be easily managed, it may impact the life and learning of those with it. Whether you or a family member has the disability, it is important to understand dyslexia.

Dyslexia” is a broad term used to describe any disorder that impairs one’s ability to read or interpret letters, sounds, words, or other symbols. Characteristics of dyslexia can vary from person to person, but generally, a dyslexic person may experience difficulties in several of the following areas:

The Dyslexia Determination Test (DDT) is used to determine the existence of one or more types of dyslexia in a person. The test comes in three parts. Part one involves examination of word, number, and letter reversals. Part two involves decoding words. Part three involves assessing whether encoding is eidetic or phonetic.

Web articles – via partners/network co-ordinators. This website and its contents are the exclusive property of ANGA Media Corporation . We appreciate your feedback and respond to every request. Please fill in the form or send us email to: [email protected]
Previous: 3 US companies funded terror in Iraq
Next: Message in a bottle: Georgia couple discovers message dated Sept. 26, 1988