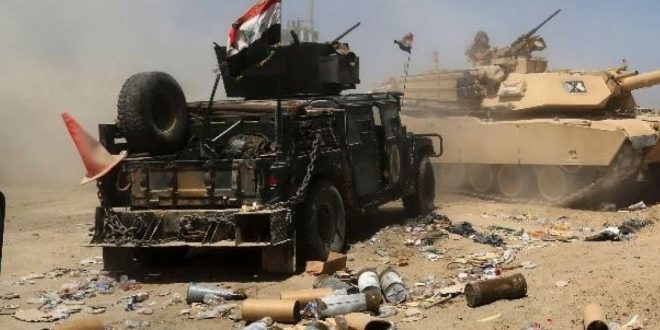 3 US companies funded terror in Iraq

3 US companies funded terror in Iraq

Several US veterans and relatives of soldiers killed or wounded in Iraq sued five pharmaceutical and medical equipment makers on Tuesday, accusing them in effect of funding an Iraqi terrorist militia that killed hundreds of American soldiers following the 2003 US-led invasion.

The civil lawsuit, filed in federal court in Washington, accuses the multinationals of routinely bribing Iraqi Ministry of Health officials to win drug contracts when the office was controlled by the virulently anti-American Jaysh al-Mahdi, or Mahdi Army.

Named in the suit are the parent companies and subsidiaries of AstraZeneca, General Electric, Johnson & Johnson, Pfizer and Roche Holding.

The lawsuit includes 27 pages of itemised deaths and injuries that US military personnel suffered in Mahdi Army attacks from 2005 to 2009 as well as claims of suffering by their relatives. Led by Muqtada al-Sadr, the radical cleric, the Shia militia was backed by Hizbollah, the Iranian-backed Lebanese terror outfit.

“My hope is that we can get justice for my brother’s death and for so many others who didn’t have to die in Iraq,” said Ami Neiberger-Miller, a plaintiff.

Christopher Neiberger, a tank gunner, was killed in Baghdad on August 6, 2007, three days after his 22nd birthday, when the Mahdi Army detonated an explosive designed to penetrate tank armour.

Corporate bribery helped fund the Mahdi Army’s acquisition of weapons, training and logistical support, the lawsuit claims. The health ministry and the terror group were so intertwined that US officials labelled the militia the “pill army” — a nod to Mr Sadr’s habit of paying young troops with drugs they could resell rather than cash, the suit alleges.

As Iraq descended into sectarian violence, the ministry’s political allegiance was unmistakable. Portraits of Mr Sadr and banners reading “Death to America” were hung on walls in the building and AK-47 assault rifles littered the minister’s office, the lawsuit says.

By late 2004, the ministry was too dangerous for Americans to enter and “functioned more as a terrorist apparatus than a health organisation”, the lawsuit says.

Pfizer denies any wrongdoing. “Our mission is to provide medicines to patients to help better their lives,” said spokeswoman Allyanna Anglim. Roche declined to comment as it said it had not yet been served.

After becoming aware of the lawsuit when it was filed on Tuesday, GE was “thoroughly reviewing the allegations”, said Jennifer Friedman, a spokeswoman. AstraZeneca and J&J did not immediately respond to requests for comment.

The lawsuit resulted from an investigation by Sparacino & Andreson and Kellogg, Hansen, Todd, Figel & Frederick, the Washington law firms, which relied on 12 confidential witnesses that the lawyers said had direct knowledge of the bribery scheme.

Routine bribery originated during the UN oil-for-food programme, which allowed Iraq to sell oil in return for food and humanitarian goods while under sanctions imposed on Saddam Hussein following the first Gulf war.

“Most of the defendants have a documented history of paying bribes that supported terrorism under Saddam,” said Ryan Sparacino, one of the plaintiffs’ attorneys.

Web articles – via partners/network co-ordinators. This website and its contents are the exclusive property of ANGA Media Corporation . We appreciate your feedback and respond to every request. Please fill in the form or send us email to: [email protected]
Previous: New Research Says Exercise Yourself To Dead
Next: Researchers May Have Found Out What Causes Dyslexia