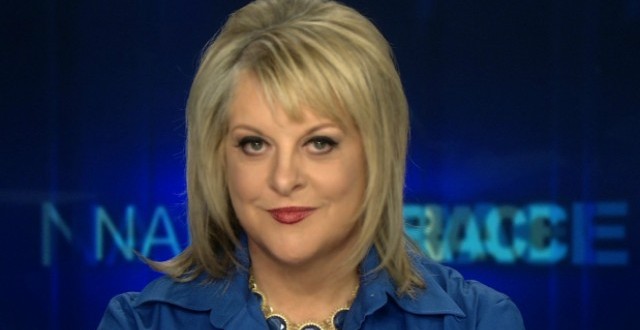 Marijuana is being legalized, medically or for all uses, in states across the US. Most well-reasoned people think this is a good thing. CNN’s Nancy Grace does not. And she is an idiot of the highest order.

After 10 years as a prosecutor, the Georgia native moved on to television, first to Court TV, then CNN. She’s known for taking the wrong side of many high-profile cases. Grace even accused Baldwin of being pro-pot, adding, “And I don’t like it.”

“No, no, no,” Baldwin stuttered. “I’ve just talked to sooo many people about the build-up to this whole thing…”

But the sides were clearly drawn: Grace the conservative commentator vs. Baldwin the open-minded interviewer.

“With Colorado legalizing ‘recreational’ use of marijuana, the camel’s nose is in the tent,” Grace concluded. “His tail will surely follow.” Whatever that means…

Web articles – via partners/network co-ordinators. This website and its contents are the exclusive property of ANGA Media Corporation . We appreciate your feedback and respond to every request. Please fill in the form or send us email to: [email protected]
Previous: John Legere T-Mobile CEO Crashes AT&T CES Party in Las Vegas
Next: Gold Medalist Nancy Kerrigan Joins NBC’s OIympics Coverage