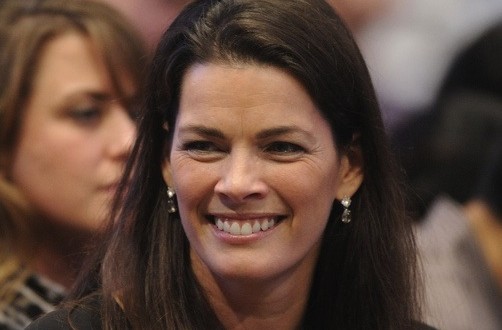 Somewhere, Tonya Harding will hear this news about Nancy Kerrigan, and she’ll likely start cursing and shaking her fist up at the sky. Nancy Kerrigan, a two-time Olympic figure skating medalist who capped her career with a silver medal at the 1994 Lillehammer Games, will join NBC Olympics for its 2014 Olympic Winter Games coverage in Sochi, Russia.

Kerrigan, who in 1994 became the first U.S. woman in more than three decades to win figure skating medals in consecutive Winter Olympics, will serve as a figure skating analyst for NBC Olympics’ multi-platform coverage, including on NBC and NBCSN. In addition, she will appear on numerous NBCUniversal shows and properties including TODAY, Access Hollywood and E!

“One of America’s most well-known Olympians, Nancy will provide insight into what it takes to prepare for and compete in figure skating at the highest level,” said Jim Bell, Executive Producer of NBC Olympics.

Kerrigan’s broadcast experience includes work as a special correspondent for Entertainment Tonight at the 2010 Vancouver Olympics and hosting Nancy Kerrigan’s World of Skating on CN8 (now The Comcast Network) in Philadelphia. Kerrigan also served as lead color analyst for icenetwork.com from 2007-2008.

Prior to her 1994 Olympic silver medal in Lillehammer, Kerrigan won the bronze at the 1992 Albertville Olympics. With the back-to-back performances, Kerrigan became the first U.S. woman to win figure skating medals in consecutive Winter Games since Carol Heiss earned silver in 1956 and won gold in 1960.

A 2004 inductee into the U.S. Figure Skating Hall of Fame, Kerrigan won the gold at U.S. Nationals in 1993 and earned three medals in six National appearances. She also earned a bronze medal at the 1991 World Championships and won silver one year later.

Web articles – via partners/network co-ordinators. This website and its contents are the exclusive property of ANGA Media Corporation . We appreciate your feedback and respond to every request. Please fill in the form or send us email to: [email protected]
Previous: Nancy Grace Bashes Legalization of Marijuana (VIDEO)
Next: O.J. Simpson ‘is undergoing tests for Brain Cancer’ : Seeks Obama Clemency