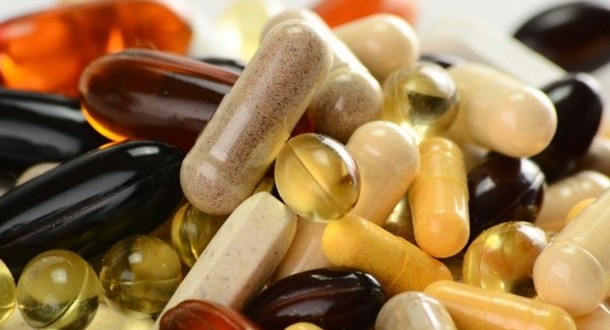 A new medical report published in the Annals of Internal Medicine, warns $30 billion Americans spend every year on vitamins and mineral supplements should probably be spent elsewhere. Researchers looked at past findings and concluded that vitamins and mineral supplements are ineffective in the general population who don’t generally have micronutrient deficiencies — that’s the majority of supplement users in the U.S.

Releases: Vitamins and Minerals Are Essential to Good Health

Statement by Steve Mister, President & CEO, CRN: “The editorial demonstrates a close-minded, one-sided approach that attempts to dismiss even the proven benefits of vitamins and minerals. It’s a shame for consumers that the authors refuse to recognize the real-life need for vitamin and mineral supplementation, living in a fairy-tale world that makes the inaccurate assumption that we’re all eating healthy diets and getting everything we need from food alone.

With regard to safety issues, the USPSTF draft recommendation, the basis for which comes from a study in the same issue of the Annals of Internal Medicine, did not identify safety concerns for vitamins at nutritional doses. Specifically, several scientific authorities have dismissed the concerns raised by the editorial for vitamin E, including this USPSTF report, which states, ‘The USPSTF found adequate evidence that supplementation with vitamin E has little or no significant harm.’ The concerns around beta carotene are isolated to high doses in smokers, and are not a concern for the majority of consumers taking a multivitamin; we would however recommend that smokers pay strict attention to their beta-carotene intake under the advice of their doctor. The evidence does not indicate any real health risk for multivitamin use.

Further, the authors attempt to ignore the very real benefits for reducing the risk of cancer and cataracts found in the Physicians’ Health Study II. These findings are even more impressive by the fact that the benefits were found in a well-nourished population, and we haven’t yet begun to explore the potential benefits for most Americans who are not eating a healthy diet and have nutrient inadequacies.

Statement by Duffy MacKay, N.D., vice president, scientific and regulatory affairs, CRN: “We all need to manage our expectations about why we’re taking multivitamins. Research shows that the two main reasons people take multivitamins are for overall health and wellness and to fill in nutrient gaps. Science still demonstrates the multivitamin works for those purposes, and that alone provides reason for people to take a multivitamin.

Although this study did not find benefit in cognitive function, two other recently released arms of the Physicians’ Health Study II did find benefit in the specific study population in reducing the risk of cancer and cataracts. Further, these findings come from a well-nourished population, raising the question of whether they would be more pronounced among most Americans who are not eating a healthy diet and who do have nutrient inadequacies.

While people should not expect that multivitamins in isolation can prevent disease, the fact that an affordable and convenient addition of a multivitamin to your daily health regimen may provide benefits on top of filling nutrient gaps makes it a smart choice in combination with other healthy habits.”

About the Council for Responsible Nutrition: The Council for Responsible Nutrition (CRN), founded in 1973, is a Washington, D.C.-based trade association representing 100+ dietary supplement manufacturers, ingredient suppliers, and companies providing services to those manufacturers and suppliers. In addition to complying with a host of federal and state regulations governing dietary supplements in the areas of manufacturing, marketing, quality control and safety, our manufacturer and supplier members also agree to adhere to additional voluntary guidelines as well as to CRN’s Code of Ethics. Visit www.crnusa.org and www.lifesupplemented.org. Follow us on Twitter @crn_supplements and @wannabewell, Facebook, Google+, and Vine.

Web articles – via partners/network co-ordinators. This website and its contents are the exclusive property of ANGA Media Corporation . We appreciate your feedback and respond to every request. Please fill in the form or send us email to: [email protected]
Previous: Navy Vet Scammer Bobby Thompson sentenced to 28 years in prison
Next: Top American Inventions of All Time : Chester Carlson and Lonnie G. Johnson