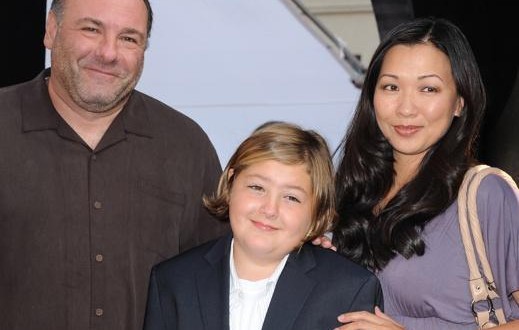 James Gandolfini has made sure his loved ones will be taken care of by leaving the bulk of his estimated $70 million fortune to his “beloved” son.

The Sopranos star suffered a fatal heart attack in Rome last month while on vacation with 13-year-old Michael, who called hotel staff for help after his father fell ill.

But the biggest chunk of the late “Sopranos” star’s bada-ching will go to his two kids — “beloved’’ son Michael, 13, and daughter Liliana Ruth, 8 months — as well as his wife, Deborah Lin, and his two sisters.

Michael — who found his father’s body in the bathroom of their Rome hotel suite — appears to get the bulk of the estate through a trust set aside for him until he turns 21.
And through the trust, he will also get first dibs to buy his dad’s Greenwich Street condo in the West Village. The home comes with a precious parking space, the document notes.
Michael also automatically gets all of his dad’s clothing and jewelry, according to the court papers.

Web articles – via partners/network co-ordinators. This website and its contents are the exclusive property of ANGA Media Corporation . We appreciate your feedback and respond to every request. Please fill in the form or send us email to: [email protected]
Previous: Why did Kim Kardashian and Kanye West name their baby North west
Next: Actor Ben Affleck on Batman backlash: ‘I’m a big boy’