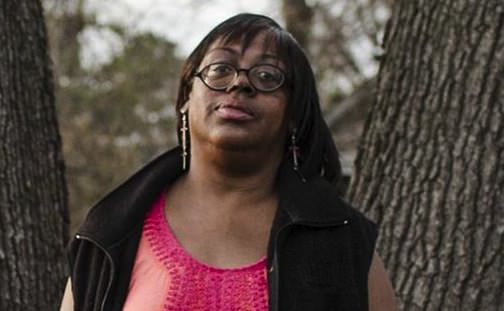 Iowa’s legislative session wrapped up with both chambers unanimously approving changes to the current HIV transmission law. Under current legislation, those with HIV face 25-years in prison if they don’t disclose to a partner that they have the virus.

The law applies even if the disease isn’t transmitted and if someone with HIV can’t prove that they disclosed their positive status.

The changes to the law will make the transmission of HIV a crime only if the person intentionally passes it on.

This directly impacts people like Leslie Flaggs, given a 25-year suspended sentence and the sex offender stigma that made it difficult for her to find a job in or near her northwest Iowa community.

“It’s so good,” she tearfully told NBC News after the new bill passed. “I prayed to [God] and I talked to him every day. I said, ‘Lord, remove this stuff from us. We’re only human beings. We’re only people.'”

“This is incredible for people living with HIV. I’m speechless,” said Tami Haught, a community organizer at the nonprofit, Community HIV/Hepatitis Advocates of Iowa Network. “Getting unanimous passage through both houses just shows—and I hope will show the nation—that it’s the right thing to do. It’s time to modernize these laws. It’s time to end the stigma associated with being HIV-positive. It’s a disease. It doesn’t define who we are. It is a disease that we have.”

“I’m delighted. It just shows how effective it is when people with HIV work in partnership with public health professionals and other advocates,” said author Sean Strub, executive director of the Sero Project, who has been working very hard to change HIV criminalization laws. “We’ve improved public health. We’ve brought greater justice to people with HIV and taken an important step towards reducing stigma.”

Web articles – via partners/network co-ordinators. This website and its contents are the exclusive property of ANGA Media Corporation . We appreciate your feedback and respond to every request. Please fill in the form or send us email to: [email protected]
Previous: Montreal : Jury to deliver verdict Friday in boutique murders
Next: Alzheimer’s variation may often go unrecognized: Study show