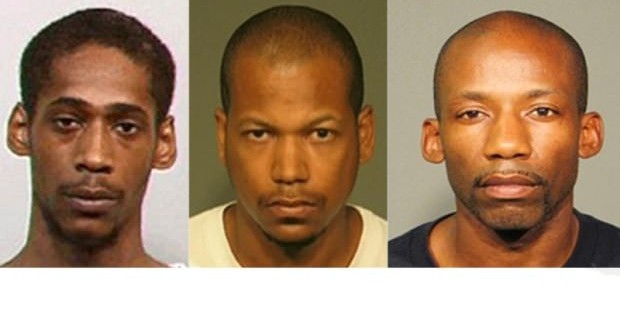 Kyle Gabriel, Terrell Lloyd Smith and Carey Isaac Regis were each found guilty of two counts of first-degree murder and another two of attempted murder after a trial that began last September.

Two men — Jean Gaston and Peter Christopoulos — died in a hail of gunfire in the shooting on the afternoon of March 18, 2010. Two other men, Frédéric Louis and Alain Gagnon, were also hurt.

Montreal police say the killers fired off at least 60 shots inside the store. They believe their intended target was the store’s owner — street gang leader Ducarme Joseph. He was not hurt.

Joseph was subpoenaed to testify at the trial, but never showed up.

Web articles – via partners/network co-ordinators. This website and its contents are the exclusive property of ANGA Media Corporation . We appreciate your feedback and respond to every request. Please fill in the form or send us email to: [email protected]
Previous: Liisa Galea : Moms’ brains permanently altered by pregnancy
Next: Iowa Repeals Harsh HIV Criminalization Law (Video)