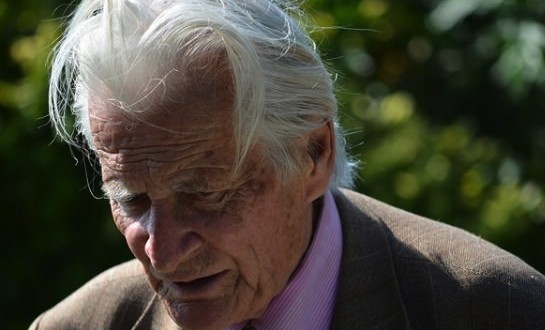 Posted by: News May 3, 2014 in Press Releases Leave a comment

The Alzheimer’s Association estimates that approximately 5.2 million Americans are living with Alzheimer’s Disease, a common form of dementia marked by memory loss. Yet diagnosing the health issue may not always be so simple.

A recent study conducted by researchers from the Mayo Clinic in Florida examines the discovery of an atypical type of Alzhiemer’s–one that neuroscientists claim is not well recognized nor appropriately treated.
here’s the release

The variant, called hippocampal sparing AD, made up 11 percent of the 1,821 AD-confirmed brains examined by Mayo Clinic researchers — suggesting this subtype is relatively widespread in the general population. The Alzheimer’s Association estimates that 5.2 million Americans are living with AD. And with nearly half of hippocampal sparing AD patients being misdiagnosed, this could mean that well over 600,000 Americans make up this AD variant, researchers say.

In an oral presentation at the annual meeting of the American Academy of Neurology in Philadelphia, scientists say hippocampal sparing AD often produces symptoms that are substantially different from the most commonly known form of AD, which affects the hippocampus, the center of memory.

The patients, mostly male, are afflicted at a much younger age, and their symptoms can be bizarre — behavioral problems such as frequent and sometimes profane angry outbursts, feelings that their limbs do not belong to them and are controlled by an “alien” unidentifiable force, or visual disturbances in the absence of eye problems, researchers say.

They also decline at a much faster rate than do patients with the most common form of AD.
“Many of these patients, however, have memories that are near normal, so clinicians often misdiagnose them with a variety of conditions that do not match the underlying neuropathology,” says the study’s lead author, Melissa Murray, Ph.D., an assistant professor of neuroscience at Mayo Clinic in Florida.

Many of these patients are diagnosed with frontotemporal dementia, a disorder characterized by changes in personality and social behavior, or corticobasal syndrome, characterized by movement disorders and cognitive dysfunction. Language dysfunction is also more common in hippocampal sparing AD, although patients do not have vocal or hearing deficits.

“What is tragic is that these patients are commonly misdiagnosed and we have new evidence that suggests drugs now on the market for AD could work best in these hippocampal sparing patients — possibly better than they work in the common form of the disease,” Dr. Murray says.

The researchers benefit greatly from one of the largest brain banks in the country — more than 6,500 brain donations — as well as a collaborative environment between neuroscience research and neurology at Mayo Clinic, she says.

Both hallmark proteins of AD — amyloid beta (Aβ), which forms Aβ plaques, and tau, which produces tangles — are found across all subtypes of AD, including hippocampal sparing AD. The researchers developed a mathematical algorithm to classify AD subtypes using tangle counts. “What is fascinating is that all the AD patient subtypes had the same amount of amyloid, but for some reason tau tangles were found in strategic cortical regions disproportionate to the hippocampus.”

In these patients, tau preferentially damages and eventually destroys neurons in parts of the brain involved in behavior, motor awareness and recognition, as well as use of speech and vision, Dr. Murray says.

She says she hopes this research, the second high-profile Mayo study to highlight hippocampal sparing AD, will “open the minds” of clinicians who are trying to diagnose dementia, helping them understand that loss of memory is not present in every AD patient.

“Our studies support the notion that dementia related to AD does not necessarily equate to a loss of memory, and points to the need for more research in amyloid and tau imaging biomarkers to help clinicians accurately diagnose AD — regardless of subtype,” Dr. Murray says.

Web articles – via partners/network co-ordinators. This website and its contents are the exclusive property of ANGA Media Corporation . We appreciate your feedback and respond to every request. Please fill in the form or send us email to: [email protected]
Previous: Iowa Repeals Harsh HIV Criminalization Law (Video)
Next: US : FDA panel pans over-the-counter Singulair proposal