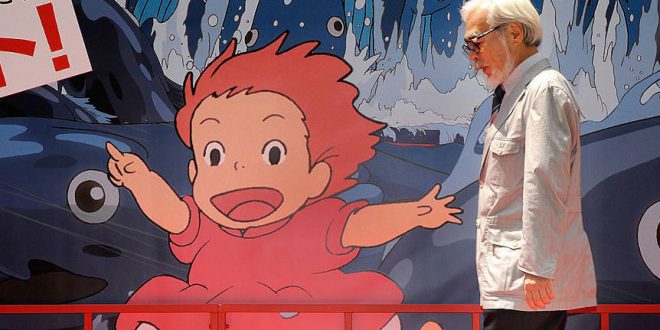 Hayao Miyazaki: Studio Ghibli Founder Is Coming Out Of Retirement

Hayao Miyazaki: Studio Ghibli Founder Is Coming Out Of Retirement

Hayao Miyazaki has returned to filmmaking for a new feature.

Hayao Miyazaki, the renowned 76-year-old filmmaker behind animated films like “Princess Mononoke” (1997), “Spirited Away” (2001) and “Howl’s Moving Castle” (2004), is officially out of retirement according to Studio Ghibli producer Toshio Suzuki. During a talk show appearance, Suzuki, who is nominated for an Oscar for Best Animated Feature for producing “The Red Turtle,” said that Miyazaki is “creating [a new film] in Tokyo, working hard right now.”

Suzuki added that “[the storyboard] was quite exciting, but if I’d told him it was good, I know it would ruin my own retirement. Nevertheless, I put my own feelings aside and told him straight, ‘This is fascinating.’” Suzuki himself had retired as a producer in 2014, but stayed on at Studio Ghibli as a general manager.

Miyazaki has flirted with retirement before, but during a news conference in 2013 he said, “I know I’ve said I would retire many times in the past … But this time I am quite serious.” That was after he released his last film, “The Wind Rises,” a fictionalized biopic about aircraft engineer Jiro Horikoshi. And Miyazaki was serious for three whole years before being drawn back into feature filmmaking.

Miyazaki earned three Oscar nominations for Best Animated Feature, winning for “Spirited Away” and contending again for “Howl’s Moving Castle” and “Wind Rises.” The the academy awarded him an Honorary Oscar in 2015 for his lifetime achievements in filmmaking. There’s no word yet on the specifics of his new film, but given his reputation and his track record, there’s a good chance we’ll see him at the Oscars again sometime soon.

Web articles – via partners/network co-ordinators. This website and its contents are the exclusive property of ANGA Media Corporation . We appreciate your feedback and respond to every request. Please fill in the form or send us email to: [email protected]
Previous: Deadly US Heroin Overdoses Quadrupled in Five Years, CDC finds
Next: Mysterious sea creature in Philippines’ shore baffles researchers (Video)