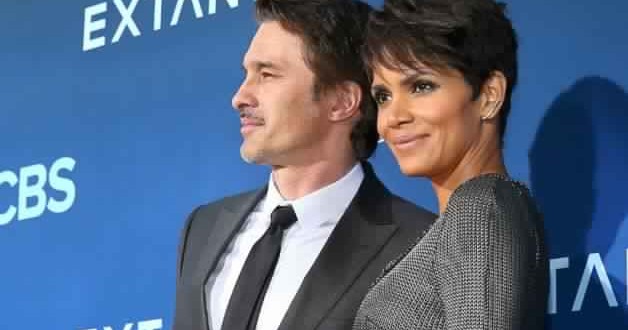 Halle Berry Lost Engagement Ring Over A Year Ago In Mexico.

The couple, who has been married since July 2013, was hit with divorce rumors after the actress was spotted without her wedding ring when stepping out in Los Angeles with her son Maceo on Sunday, July 26.

Radar Online was the first to come up with the divorce report, claiming Berry and Martinez were “ready to give up on their relationship,” and a divorce “filing could come as soon as today.” “It seems Halle and Olivier have finally hit the end of the road,” it quoted a source as saying.

Radar Online, furthermore, cited Martinez’s “temper” as the reason that prompted the divorce. The site related it to the Thanksgiving 2012 fight Martinez had with Gabriel Aubry, Berry’s former partner with whom she has daughter Nahla.

Notwithstanding the divorce claim, Berry and Martinez are not calling it quits. Gossip Cop sets the record straight on the matter, citing an impeccable source as claiming the divorce story is “not true.”

Web articles – via partners/network co-ordinators. This website and its contents are the exclusive property of ANGA Media Corporation . We appreciate your feedback and respond to every request. Please fill in the form or send us email to: [email protected]
Previous: Alexander Skarsgard : Actor dresses in drag for film’s premiere “Photo”
Next: Carla Gugino replaces Christina Hendricks on ‘Roadies’ “Report”