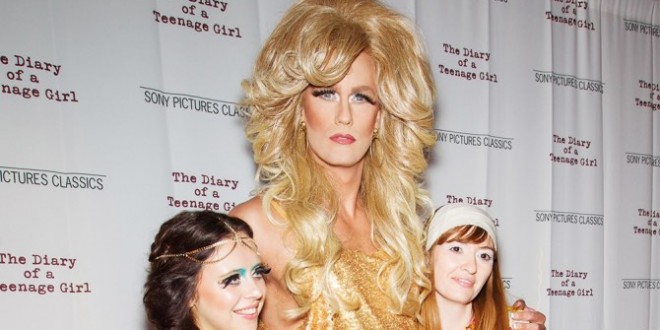 Alexander Skarsgard was barely recognizable when he turned up on the red carpet for the premiere of The Diary of a Teenage Girl in San Francisco on Monday night.

Alexander Skarsgard — who stars opposite Kristen Wiig and Bel Powley in the 1970s-set pic as a 35-year-old who has an affair with the 15-year-old daughter (Powley) of his girlfriend (Wiig) — didn’t offer an explanation for his appearance. Many speculate that his choice of attire was a nod to his co-star Joshua Grannell, or “Peaches Christ,” a drag performer who plays a transvestite in the pic.

The Swedish actor is no stranger to going in drag. He played a statuesque transvestite in Swedish pic “Kill Your Darlings” in 2006.

“Diary” was a Sundance favorite, favorably reviewed for its performances. According to Variety‘s review, “Skarsgard makes Monroe so easygoing and likable you sometimes forget that his passivity is actually a contemptible willingness to let his libido make decisions by default.”

“Diary of a Teenage Girl” bows in theaters Aug. 7. 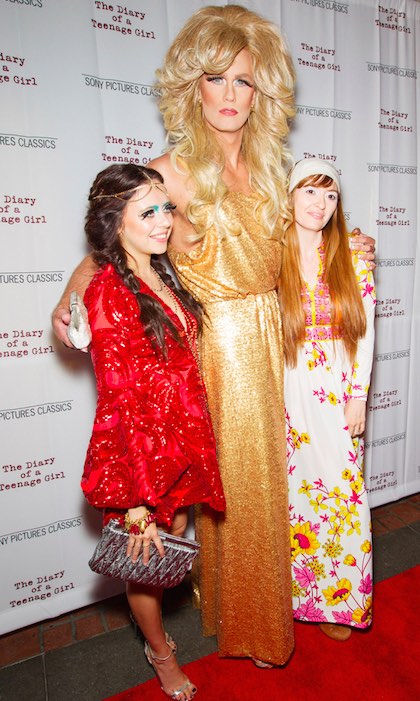 Web articles – via partners/network co-ordinators. This website and its contents are the exclusive property of ANGA Media Corporation . We appreciate your feedback and respond to every request. Please fill in the form or send us email to: [email protected]
Previous: UFO? Virgin Atlantic Plane Overtaken By ‘UFO’ Over Skies Of New York “Video”
Next: Halle Lost Ring? Star Is Not Divorcing Olivier Martinez, She Just Lost Her Engagement Ring