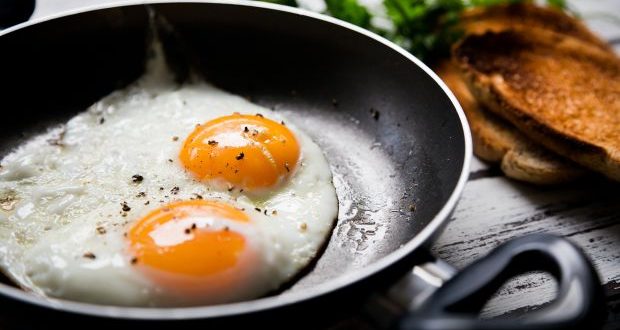 Scientists gave eggs to 80 infants between six and nine months of age for one year. Another 84 weren’t given eggs and served as a control grup. Compared to these controls, the egg-eating youngsters had a 47 percent lower prevalence of stunting, which is defined as being too short for one’s age. Their length-for-age measurement also shot up by a significant margin.

Eggs have sometimes been called a “complete food” (or even a “perfect food”), and research continues to show that eating this food has health benefits. Eggs contain all of the necessary amino acids, as well as choline, various growth factors and DHA, a polyunsaturated fatty acid important for the brain. All of these are necessary for proper growth and development, and the normal function of the body.

Study first author Lora Iannotti, a researcher at Washington University in St. Louis, says it’s not clear yet which of these nutrients might be the most important, but the group plans further work to find out. Initial evidence suggests choline could have an important role in growth.

As a result of the study, the Ecuadorian government has already changed its recommendations, suggesting that infants as young as seven months can safely be given eggs. (Previously the recommendation specified not giving eggs to kids younger than 1 year old.)

“They’re a high quality food that should probably be given to young children in all countries,” Iannotti says.

“I think its an exciting study; a simple intervention had a large impact on a factor [stunting] which has been recalcitrant to many many other public health interventions,” says Jean Humphrey, a researcher at Johns Hopkins who wasn’t involved in the paper. Humphrey noted that when children are raised with chickens, it’s important that the animals aren’t raised indoors, as infants in these situations may be exposed to chicken feces, which harms their growth.

In the past, some worried that giving eggs to infants might lead to allergic reactions or to elevated cholesterol levels, but research have not borne either of those hypotheses out, and the food appears to be safe and healthy for infants, Iannotti says.

An important part of the study, which was administered by researchers from Washington University, Universidad San Francisco de Quito and others, was a social media campaign that encouraged participation, incorporating the local Kichwa language and indigenous symbols. Early in the study period in 2015, a neighboring volcano named Cotopaxi erupted, causing many families to temporarily move away. Remarkably, the scientists only lost seven percent of the participants, which is less than average for these types of studies.

Stunting in an overlooked problem in developing countries, and in the Ecuadorian highlands where the work was conducted, 42 percent of infants are stunted. (In the nation as a whole, one-quarter of infants are stunted.) Iannotti says that eggs are healthy, relatively affordable and widely available in developing countries and should be increasingly given to children to help them properly develop.

The study was published in the journal Pediatrics.

Web articles – via partners/network co-ordinators. This website and its contents are the exclusive property of ANGA Media Corporation . We appreciate your feedback and respond to every request. Please fill in the form or send us email to: [email protected]
Previous: New maps show possible extent of flooding from Okanagan Lake, Report
Next: New research says babies should sleep in their own room