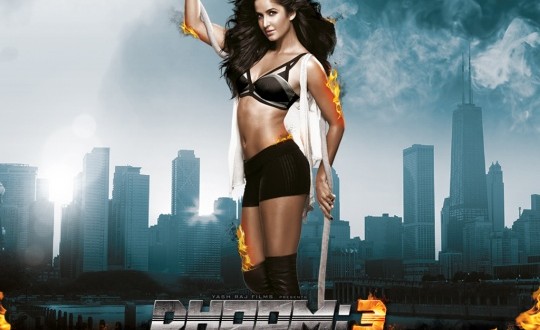 Internationally, in the Top 5 territories, Dhoom:3 has made:

With other international territories like Morocco, Maldives, Rwanda, Lebanon, Egypt, Germany, Peru, Romania, Japan, Russia, CIS, Turkey opening up in the coming days plus others to follow.

Dhoom:3 is unstoppable and on course to add chapters after chapters in its Box Office history.

YRF’s decision of not releasing the film with pre-views on Thursday to keep the plot under wraps and open on the same day worldwide, strategically worked at the Box Office.

It’s only a matter of time for Dhoom :3 to clear the 200 crore hurdle with no major releases this week and its set to edge out B-town all time record holders Chennai Express and Krrish 3.. lets see where at what figure Dhoom :3 ends up finally in India and worldwide.

Web articles – via partners/network co-ordinators. This website and its contents are the exclusive property of ANGA Media Corporation . We appreciate your feedback and respond to every request. Please fill in the form or send us email to: [email protected]
Previous: Climate Change Denial Groups Funded by ‘Dark Money’, research
Next: Police Investigating Mall Shootings in San Leandro, california